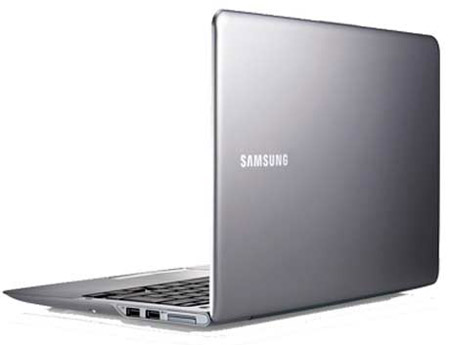 Starting in mid-June, the second generation series 9 13.3-inch and 15-inch laptops, plus 13-inch and 14-inch Series 5 Ultra and Series 3 laptops will be available with the latest Intel processors. Both the new entrants into Samsung’s series 5 will have the company’s characteristic style profile and patterned silver bodies.

“Our latest Series 5 notebooks offer a premium computing experience, thanks to Samsung’s advanced engineering and Intel’s new processors, as well as enviable entertainment features including JBL audio speakers to provide a home theater experience in a mobile PC, whether you’re using it in your office, home or at a hotel,” stated Todd Bouman, vice president of marketing at Samsung Enterprise Business Division. 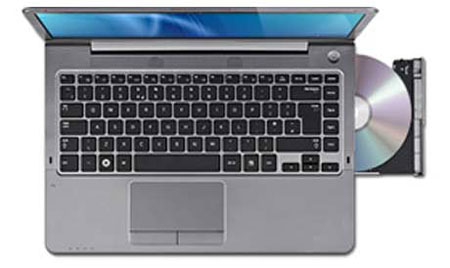 The 15.6-inch series 5 notebook will come with an Intel Core i7-3610QM processor offering multitasking capabilities thanks to its hyper-threading technology, should the need arise. With a 750GB HDD and 8GB of RAM as well as three speakers and a sub-woofer from JBL, this laptop should prove ideal for those who love watching movies and listening to music on the go. That it has a 15.6-inch HD LED 1366 x 768 screen is just an added bonus, while an Nvidia GeForce GT 630M card should come in handy when playing video games.

The 14-inch series 5 500 is built around the Intel Core i5-3210M processor and also features hyper-threading capabilities. Tilting legs and a backlit keyboard afford comfort and ease of use. And a power saving button allows power down when not in use. Also offered are JBL stereo speakers and a sub-woofer, HD audio processing capabilities, 8GB Ram, a 500GB hard drive and Nvidia GeForce GT 630M graphics.

Both new Samsung series 5 laptops will come loaded with 64-bit Windows 7 Home Premium and feature a 1.3MP integrated HD camera. Samsung says that both should last over 6 hours on a single charge.