Twitter did say that it would be changing its web design to reflect its apps for Android and iOS. Well, the revamped interface has rolled out to everyone now. The whole interface is much lighter, that was our first thought when we signed into our account. But it was not so simple to place a finger on what precisely had been tweaked.

As it stands, the change to the Twitter for web interface is mainly just in terms of aesthetics. The black bar on top that contained the Home, Connect, Discover, Me and other options currently shows up in white. 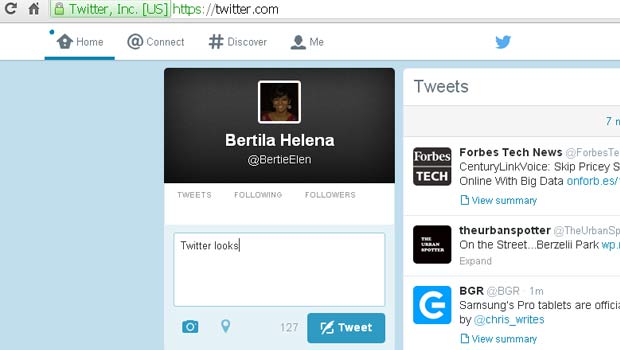 Profile and the other stuff that appears below it are still on the right side of the page. But in case you didn’t notice, there’s a new box for composing tweets and it’s placed a little below the profile picture.

Used to the old pop-up box that allowed for the same function? It’s still there where it was previously – on the upper right hand corner. Maybe Twitter will give you some time to get comfortable with the new design before dropping it entirely. 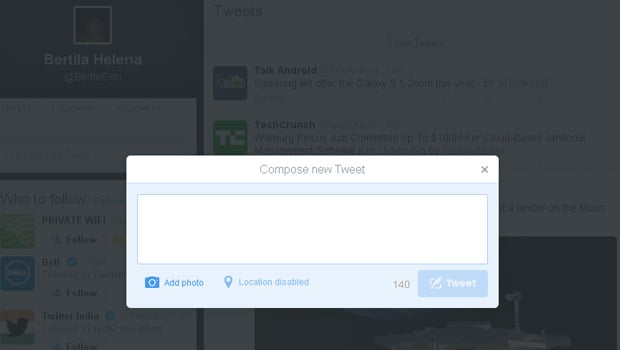 Apart from alterations visible outright, there are some fresh options hidden in the Settings section too. The design elements you now have control over include the color of links or the compose box, the background and so on and so forth.

It’s been nearly three weeks since the company announced the redesign and it seems like it’s reached all users presently. Do you like the new interface or is it too small of an overhaul?