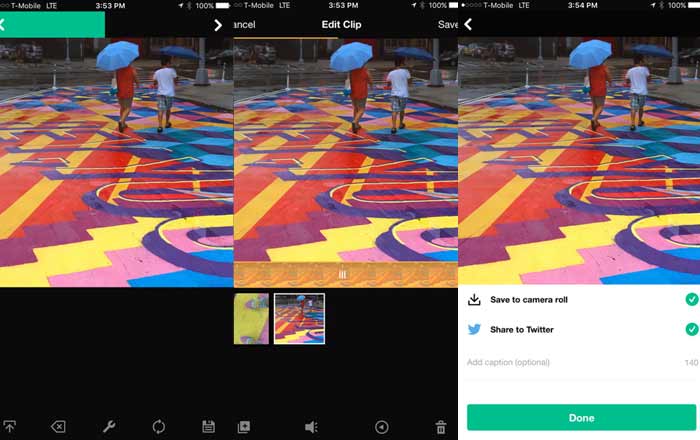 Vine has officially transformed into Vine Camera in a move that’s almost been 3 months in the making. The new app replaces the old via a software update rolling out to iOS and Android right now.

Users who refuse to update will eventually have to deal with a non-functional Vine app that won’t be able to do anything. Post upgrading, the Vine Camera app will still let them record 6 second looping videos. However, the newer tool is a bare-minimum husk of the older one.

There’s a camera screen to shoot videos and editing options like grid, ghost line-up, focus lock, and flash. Vine Snap-To-Beat and Soundboard are nowhere to be found. People will have to deal with limited social choices as well, since they can only share their creations via Twitter or save it to their phone.

The media posted to Twitter appear in the form of tweets and don’t have the Vine stamp on them. Interestingly, the former appears to have taken some inspiration from its subsidiary by automatically looping all videos which are under 6.5 seconds in length.

The change is applicable to any video posted to Twitter, whether it’s from Vine Camera or Snapchat. TechCrunch reports that the shift came about sometime last week. The company is probably hoping the modification is enough to retain Vine enthusiasts who are left without a platform to share short videos on.

You can download Vine Camera via the Play Store and App Store.