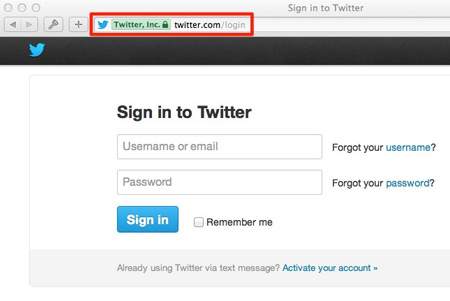 Though Twitter resets user passwords under certain unavoidable circumstances, the latest is that the company pulled such a move on a large number of accounts without actually meaning to, just recently. Now the micro-blogging and social networking site’s official Status blog has posted a piece about the glitch and even apologized for the inconvenience caused to users.

Whenever a Twitter account is deemed to be compromised, the company resets the password and then sends an email to the concerned user about the change. The information is accompanied by details on how the affected member can make a new password. The developers note that a watchword which is at least 10 characters long and contains upper as well as lower case letters, symbols and numbers constitute a strong one. 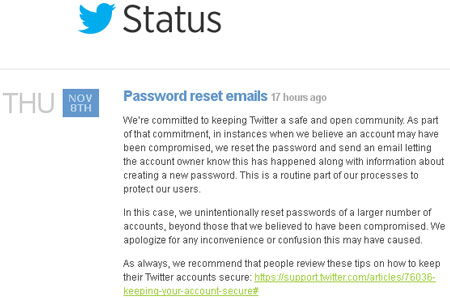 The company claims that deciding to tweak passwords for accounts that have fallen prey to hacking is a routine segment of its operations designed for user protection. At the same time, it also concedes that this time around, it inadvertently reset the password for more accounts than it intended to. The exact number of members bothered by this hiccup hasn’t been revealed.

In a company support page, users are reminded that they will never be asked for their password, to download anything or sign into a website which is not Twitter’s. TechCrunch who had their account compromised insists that it’s high time the developers looked at two-factor authentication as an option. Though it may be something of a hassle, Box and Google are cited to implement this process in order to ensure that user privacy is maintained precisely as it needs to be – safely. 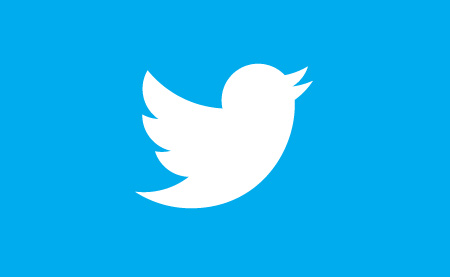 Meanwhile for those who’d like hints on figuring out whether their account has been hacked into, the developers recommend that they look out for:
– Unfamiliar tweets sent from their accounts
– Notifications saying they’ve changed the email ID tied to their account
– Direct messages they don’t remember having sent
– Unexpected moves like blocking, following or ‘unfollowing’ accounts