Twitter has made a winning argument in favor of embedding tweets in posts – related headlines. This is probably good news if you’re a web publisher looking for more ways to drive traffic towards your website. The idea is simple enough for those who understand the way embedded tweets work. The last mentioned basically lets sites add an interactive tweet to articles or pages.

Readers will not need to visit the permalink to the tweet on the micro-blogging portal in order to Reply, Favorite or Retweet it. Even following the account from which the content originates can be done from the website on which it is embedded. A simple line of code which can be accessed by hitting the More action is all you need to include a tweet in a post. 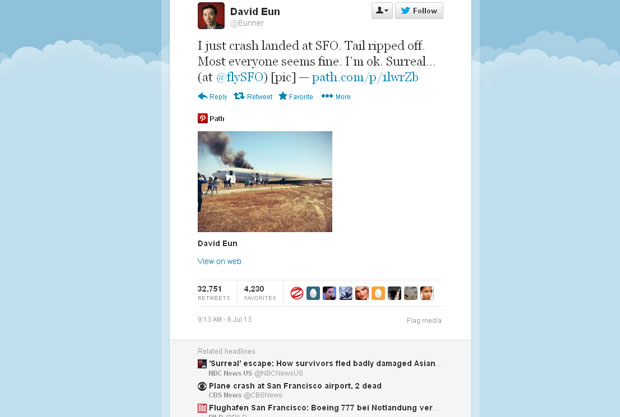 From now onwards, whenever a tweet is pasted into a story on a website, the permalink to the former will also feature the headline of the said news and the handle of the Twitter account attached to the report. But it’s not like just about any publisher will show up in related headlines, even if everyone can view the feature in action. Preference will be given to those who are already using embedded tweets.

It’s understandable as to why Twitter is being rather picky with casting the right websites in related headlines. The possibility of this addition being misused by those who want to attract user traffic is quite high. So in order to be considered, there’s an application form which will need to be filled out. Here’s the link to it. Win-win for both Twitter and web portals? What do you think?