Overhauling is the name of the game these days for social networking sites to continue offering fresh experiences, and Twitter has just received its latest redesign. If you’ve tried out the new Android and iOS apps of the micro-blogging service this new look of the website won’t be unfamiliar to you.

While the profile box and other information have still been kept locked onto the left, a new inline compose box has been brought in to accompany them. This box lets you tweet your hearts out without having to deal with the pop up window. For those accustomed to it however, the window is still accessible via the upper right corner of the site. 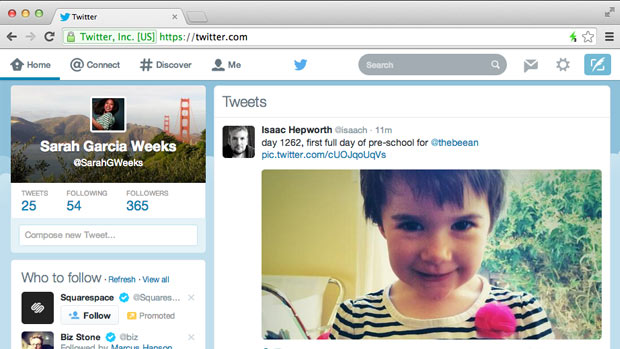 Another new change is the provision of changing accent colors. Colors of features like the compose box and navigation icons can be changed easily in order to customize your Twitter experience. This can be accessed through the Design tab within Settings.

While earlier the toolbar across the top was colored black, it has now been painted white and accompanied by a smaller font. On the other hand the font size of the text which displays the account’s full name has increased slightly.

This new design of Twitter is not out for everyone as of now, as it’s supposed to be a gradual roll-out. The company has said that all users should be getting the changes within the coming few days.