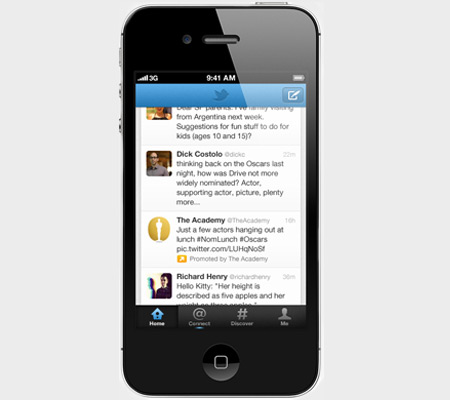 Twitter Promoted Tweets and Accounts are now finding their way into the mobile app for users who take to socializing when on the go. It has been quite some time since the aforementioned features were rolled out to the web version of the SNS and now they will be seen coming to iPhone as well as Android powered handsets.

The official Twitter blog shares that Promoted Accounts can currently be dabbled in by users of the app. On the other hand, Promoted Tweets in the timeline will be rolled out ‘in the coming weeks’ for Twitter applications on both the platforms. To begin with, only a small group of individuals will see Promoted Tweets from the brands they follow. These Tweets will be spotted near the top of the timeline so users can keep a tab on what’s trending, while Promoted Accounts will surface in the ‘Who to Follow’ recommendations list.

Naturally, with the Promoted Tweets sitting atop the timeline, chances of missing them seem quite slim. If a Promoted Tweet that isn’t relevant happens to come up, then members can always dismiss it with one swipe. Frequent users would be aware that the Promoted Trends and Tweets were already available via search on both iPhone and Android running devices. Now, this development comes to enhance the networking experience for users on the move.

The recent update facilitates accessing Twitter Promoted Tweets and Accounts through the mobile app, which may just be the icing on the cake for constant users of the social networking and microblogging website.