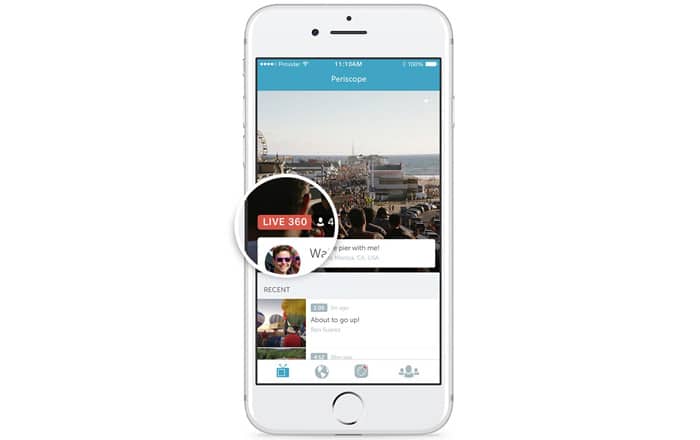 Twitter’s jumping onto the 360-degree video brigade by announcing that Periscope now supports live streams of the interactive videos. The feature is currently being tested with a small group of partners right now and will be rolled out more broadly over the next couple of weeks.

Twitter’s embracement of real-time 360-degree videos comes several months after YouTube added the skill to its repertoire and a few weeks after Facebook introduced the feature. While YouTube allows anyone to upload live 360-degree footage as long as they have the required software, Twitter only lets select content partners broadcast live spherical videos right now.

As Twitter puts it, users will be able to get an inside look at the activities of well-known personalities and explore behind the scenes footage of events through the magic of Periscope360. The videos will be distinguished from regular ones via a LIVE 360 badge which will reside in the bottom-left corner.

People will be able to interact with it by moving their smartphone or tapping and scrolling around their screen. Twitter recently updated its app to add a live videos feature powered by Periscope. The tool allows anyone to start broadcasting in real-time by simply tapping Live when composing a tweet followed by Go Live.

People can also comment and share hearts when watching a live video. Periscope360 basically serves as a more advanced and less accessible version of the feature. Interested broadcasters can sign up for the latter here.