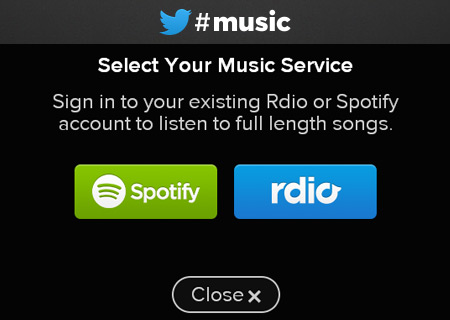 Twitter has launched #music, a new service which is supposed to change the way people find music on the micro-blogging website. Ever since the company took over the team at WeAreHunted, there were rumors that something of the sort was in the works, and recently a dedicated placeholder website popped up adding fuel to the fire.

The service uses activity on the site, and in conjunction with engagement, digs out tracks that are popular and artists that are trending, to surface these results. In addition, it allows the activity of artists on the site to get noticed. Users will be able to follow these musicians and check out which artists they follow. They will also be given the ability to listen to tracks and tweet songs directly from the dedicated app. 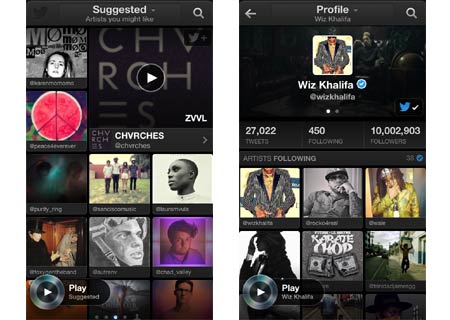 Rdio, Spotify and iTunes are the three avenues from which tracks on the service can be listened to. Users will, by default, hear previews from iTunes when browsing in the app. Those who have subscriptions to Rdio and Spotify can listen to full versions of songs that are available on the respective catalogs by logging into their accounts. The SNS says in an official blog post that it will continue to add music service providers.

So why release a music app at all? Well, as the social network sees it, some of the most-followed accounts are musicians and half of all users follow at least one musician. People share and discover new songs and albums every day, and artists turn to the platform to share things and connect with fans. This is why the site offered artists early access to the service. Many of them have been tweeting for a few days now, as has Ryan Seacrest.

So what kind of functionality and features does the app offer? Those interested in checking out songs tweeted by artists and people they follow can navigate to #NowPlaying to listen to those songs. Users can even tap a band’s avatar to get more involved. People can even listen to songs and tweet from within the app by tapping on the spinning disc and clicking on the tweet icon. 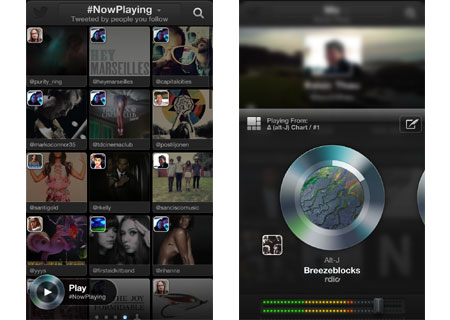 Twitter #music is now available for the web and from the iTunes app store. For now, the service can only be accessed in the US, Canada, the UK, Ireland, Australia and New Zealand, while it will be brought to Android and more countries in time.