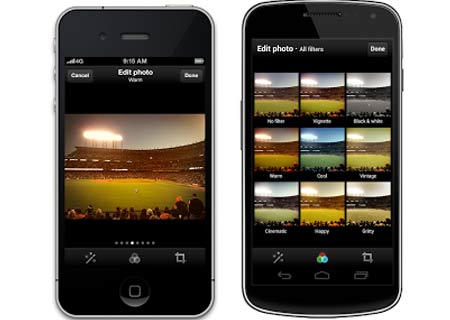 The latest Twitter for iOS and Android update brings in photo filters and effects with an aim to fill up the gaps left behind after Instagram dropped off support for the micro blogging website earlier this week. The introduction of the new features is part of the SNS’s commitment of improving the overall image sharing experience.

Twitter states that the latest additions are powered by Aviary, a company that has its own Android and iOS photo editing applications as well as a SDK for third-party developers. According to the creator’s official blog, the new image enhancement tools are the outcome of several months of collaboration with the SNS’s team. The effects have been designed from the ground up and they are said to provide an elegant look to pictures. 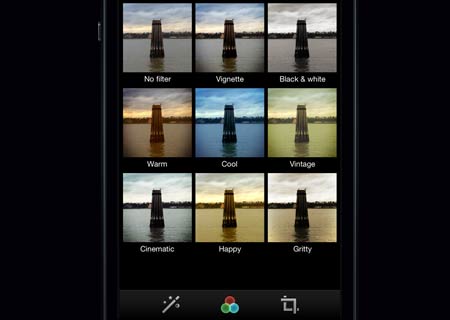 Currently, there are a total of 8 filters made available. They include popular effects like vignette, black and white, warm, cool, vintage, cinematic, happy and gritty. The company has given the UI a bird’s-eye view layout which provides users with a grid style outlook where the result of each filter on the selected image can be seen in a single interface. They will also be able to swipe through pictures to compare each option.

These aren’t all – there are various other enhancements which can be carried out such as the ability to crop an image down to a smaller rectangle or a square look, and pinch to zoom. The developer has also thrown in an Auto-enhance option which carries out certain adjustments like balancing the light and colors, by simply tapping the wand button located on the lower left part of the UI. In recent news, the SNS announced that its fresh profile layout which was introduced a few months back, will become mandatory for all user profiles and the change will take place automatically. 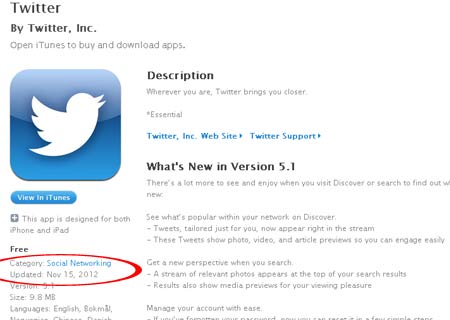 The updated app of Twitter is now downloadable for Android through the Google Play store. For iPhone and iPad users, the latest version of the application doesn’t seem to be released into the App Store as yet, despite its availability being announced for the platform through the official Twitter blog.