Bing’s translation services are since long being eyed by Twitter for providing full-frontal language interpretation support through its services. In a step that makes this fact more evident, the micro-blogging site has infused its official iOS app with the translator tool, while also expanding its offerings in its web version.

As far as mobile devices are concerned, this feature was earlier available only for Windows Phone devices. With its arrival for iPhones and iPads, the obvious questions will be regarding when it will be made available for Android devices. Interested parties can feel relieved, as Twitter is apparently also testing a version for Google’s OS right now. 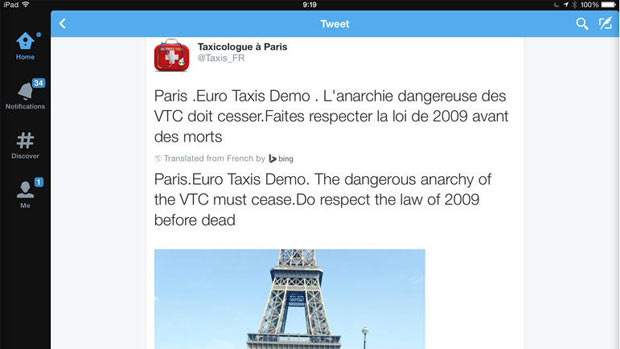 Foreign language tweets on the iOS app of the service are fitted with Bing translation buttons which when clicked on, grant you an English version of the text. As for the web version of the site, while concerned tweets earlier featured a translation option, they now already appear along with their translations on the timeline, as revealed by CNET.

Twitter’s focus on translated tweets right now comes with a purpose. The FIFA World Cup is in full swing in Brazil and people from all over the world are talking about it at the moment. At such a time, a translation tool becomes quite important for users to know more about what’s happening in Brazil and what people from all over the world are saying about it. After all, the site even has an official hashtag dedicated to the sporting extravaganza – #WorldCup.

We expect Twitter will soon rollout these Bing translation features onto its Android version as well. Let us now see how much time it takes to do that.