Twitter for iOS, Android get two-step authentication and more

Twitter has started beefing up its security ever since it got hacked back in February and the latest improvements have been carried out to the Android and iOS applications. The company recently announced through a blog post that they have added a two-step authentication login which will be an alternative to the SMS-based verification it rolled out back in May. Additionally, various other improvements have been carried out to both applications – You can find them in detail below.

The SNS has started implementing push messaging and in-application approvals for verifying logins. Owing to this, a phone number is no longer needed and multiple accounts can be tied into a single verification. Also, on each login, users will be provided with details such as browser type, location and more through the app. Apart from better security, searching on Twitter for Android and iOS is said to be improved. Users will now be able to type in a query and obtain suggestions which possess social context. This allows them to know in what way they’re connected to others. 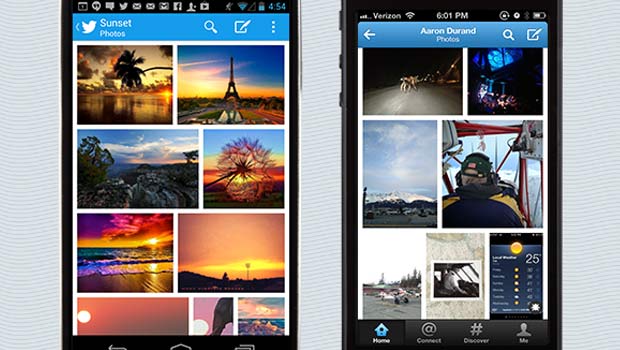 The aforementioned feature was recently rolled out for the website version of the SNS. A photo gallery has been added to Search which permits swiping through thumbnails and viewing a full-size picture by selecting the desired one. There’s also the View More Photos option that opens up a gallery of related images. For iOS, the Twitter application is said to deliver quick launch times along with the ability to create edit as well as organize lists and subscriptions from the app itself.

The updated Twitter for Android and iOS applications are available for download through the App Store and Google Play.