A major UI overhaul has hit the Twitch for Android app and the update which brings it has also been laced with a few other useful features. However, if you’re hopeful that these other features include Chromecast support, you’ll be disappointed to know they don’t.

But the consolation is that Twitch for Android is looking great with its new interface. The design is a lot flatter than before and the menus have a much more modern feel. Opening the app now takes you directly to the screen that shows the biggest games being broadcasted at that very moment. 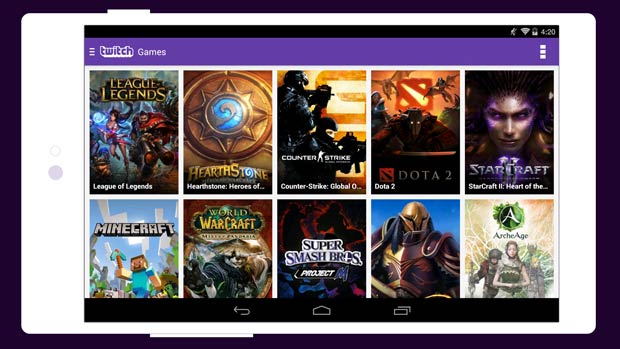 This game-streaming app which comes with support for Android tablets as well, even gains new search parameters through its fresh update. You can now look for channels, people as well as games. Moreover, you can find access to broadcasters, irrelevant of them being live or offline.

Profile pages of channels have been introduced as well, letting you know more about them and even follow them right through the app. You can chat on a channel when the broadcaster is offline which is a pretty useful attribute for users of Twitch.

But one thing many are displeased about is that there’s still no Chromecast support for this app. Through their blog, the developers have addressed its absence and have said that they’ll ‘try to add it soon.’ Let’s hope their ‘soon’ comes soon enough. 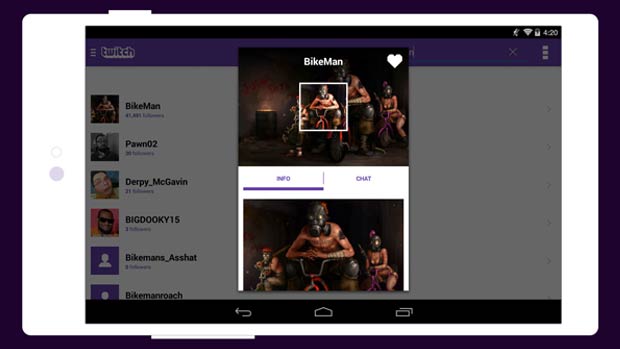 Like we said, the Twitch for Android update is live now and can be grabbed through the Google Play store.