After a dedicated dialer app of its own, Truecaller has now come up with a messaging application named Truemessenger. This new offering has only been launched in India for now, and moreover, it can just be used those owning Android devices.

The simplest way to describe Truemessenger is that it helps with your SMS messages in the same manner that Truecaller helps with calls. It looks to into the latter’s massive database of numbers to identify the sender even if their name is not stored in your contacts list.

Moreover, it easily lets you add that person’s name into your phonebook as well. All you need to do is make a single tap while in a particular conversation to do this. And it’s in the same section that you can even add a sender’s name into the Spam list.

You can create blocks for names, numbers as well as a particular series of numbers. All the spam messages are sent to a different folder, thus keeping your usual conversations clean and allowing you to easily delete the unneeded messages.

Lastly, its makers have equipped this app with an exclusive message alert tone made by Swedish DJ Tim Bergling, who goes by the name Avicii. Truecaller, the premier call identifying app in the world had also recently launched its own dialer named Truedialer.

Available for Android and Windows Phone platforms, this offering works with its parent app’s database to identify unknown numbers as well as Spam calls. We’re not quite sure as to why it hasn’t been released for iOS as yet.

Like we said, Truemessenger has only been outed in India for now and can be grabbed via the Google Play store. 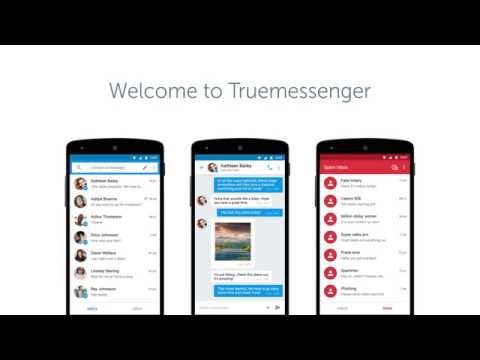