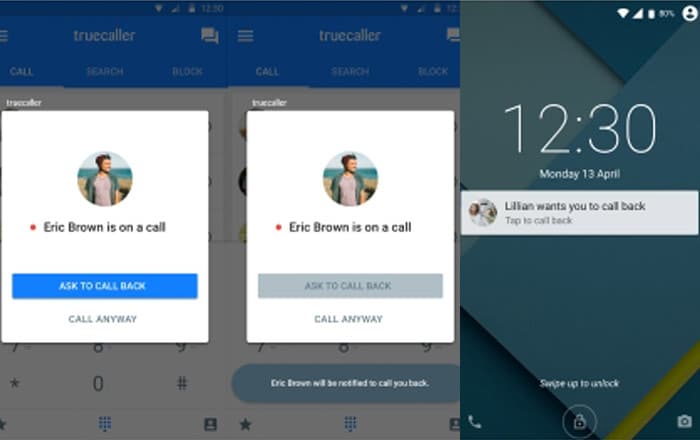 Truecaller’s added a major new feature dubbed Call Me Back for its Android users which allows them to send across a notification to the person they’re trying to get in touch with. The tool targets both regular consumers and delivery firms, with the brand saying that it’s meant to aid last mile call completion.

After updating to the latest version of the app, people will begin seeing two options after placing an unsuccessful call to another Truecaller user namely ‘Ask to Call Back’ and ‘Call Anyway.’ The first automatically triggers a notification to the recipient requesting them to contact the caller. The second simply redials the number.

The two new choices will be presented to a consumer if the individual they’re attempting to call rejects them or is busy talking to someone else. It also appears if the call gets disconnected due to network problems such as congestion or poor connectivity.

The UI differs based on whether or not the receiver’s number is saved in a user’s phone. If it has been saved and the person in question has activated their last seen status within the past 24 hours, they’ll see that person’s status after a call attempt.

Call Me Back notably works as a kind of update to the existing Availability feature. The tool lets people see whether the person they’re getting in touch with is free to take a call. Now consumers can simply tap the new option so that they won’t have to wait around for the latter to finish their call.

You can download Truecaller for Android via the Play Store. The firm hasn’t clarified whether the feature will be rolled out to iOS users anytime soon.