Troy Victorino, Michael Salas and Jerone Hunter the prime accused in the renowned ‘Xbox Slaying’ case have finally been convicted for their crime.

The case that took place in 2004, involved the murder of six people, who were brutally killed by baseball bats, partially owing to a disagreement that rose over an Xbox console. It seems Victorino, 29, was annoyed with the victim Erin Belanger, 22, who had him driven out when she found him living in her grandmother’s home in Deltona. . She kept some of his belongings, including some garments and the video game system. Apart from Belanger, the other victims were Francisco Ayo-Roman; Michelle Nathan, 19; Anthony Vega, 34; Roberto Gonzalez, 28, and Jonathan Gleason, 17. A fourth defendant, Robert Cannon, 20 was found guilty in October to all the accusations. However when he took the stand early in the trial, he refused to give evidence and said he wanted to pull out his guilty plea since he was innocent.

Lawyers for Jerone Hunter and Michael Salas, both aged 20, said on Monday in closing arguments that their clients were frightened and pressurize by the 6-foot-7-inch, 270-pound Victorino.

“Victorino is kind of a Charles Manson,” said Frank Bankowitz, an attorney for Hunter. “He had power over them.”

Attorney Jeff Dowdy, one of Victorino’s attorneys, said his client was being subjected to a “feeding frenzy” of blame.

Salas and Hunter testified that they hit some of the victims, but their attorneys said both deny inflicting any fatal blows.

Attorneys for Hunter and Salas also blamed each other’s clients for following Victorino’s lead in the massacre.

If jurors find the trio guilty of first-degree murder, they will have to return to recommend whether the men should receive life in prison or death by fatal order. 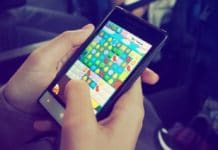