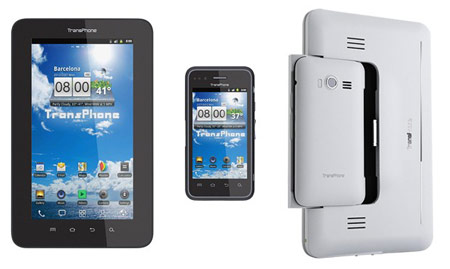 The price for the new TransPhone Pro has been unveiled, even as the newest version of the phone-in-tablet gets its pre-orders going. The device is being claimed to be gearing up for a March/April release date. It might remind many of the Asus PadFone, but at $299, it is a far more affordable bet than the former. The company is now accepting its pre-orders on its website at $239.99, cutting the retailer margin for interested buyers.

This combo – which basically consists of the main handset and a TransPad tablet it can be docked into – now boasts of a number of fresh traits aimed at enhancing its original offerings. The most prominent among them is the introduction of the Android 4.0 platform. One of the main issues facing in the previous variant was that processes used to be killed whenever users would dock or undock the phone from the TransPad. The new OS prevents this from happening, allowing users to continue to view whatever they were working on seamlessly. 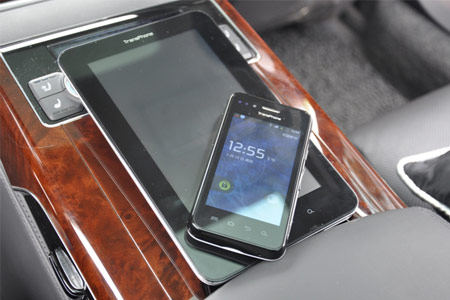 According to a press release that’s with Engadget, the screen sizes of the TransPhone Pro and the TransPad remain the same as those of their predecessors, but their resolutions see a complete overhaul. While the phone’s 3.5-inch TFT screen now displays visuals at 960 x 540p, the tablet’s 7-inch monitor throws out its visuals at 1024 x 600p. A dual core MTK processor running at 1GHz has been granted to the smartphone, which pairs it with 1GB of RAM. It features 4GB of on-board storage, which can be increased till up to 36GB with the help of an SD card. 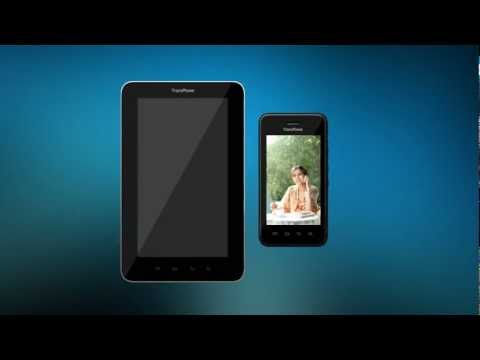 The battery present in the handset is of 1450mAh capacity, whereas the TransPad also has its own 2800mAh power source to grab juice from. The phone bears two cameras, with the rear one being a 5MP snapper, and the front one being of 0.3MP capacity. The whole setup requires just one SIM card with one network contract to work, and comes with a guarantee of 2 years and a repair service of 5 years. 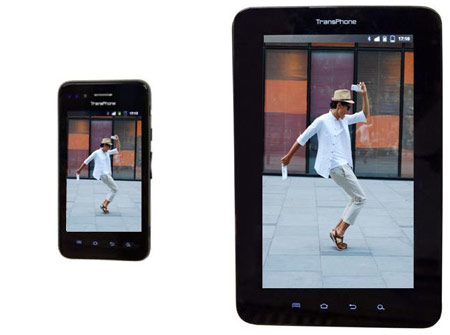 Prospective buyers will be able to place pre-orders for the TransPhone Pro by paying $239.99 if they head to the company’s official site. Its actual cost however is $299.