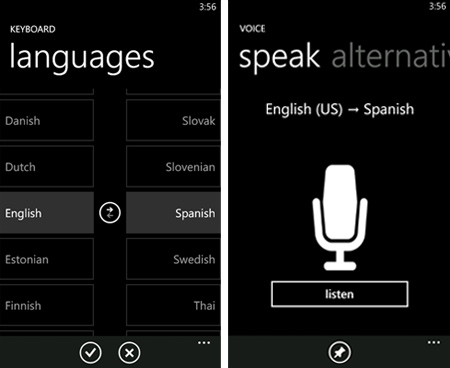 The latest upgraded version of the Translator App for Windows Phone powered by Bing, can now be downloaded for no cost at all. Many may well be acquainted with the software’s feature of simply pointing and scanning the written text which allows it to translate the same.

So travelers can literally scan menus, newspapers or other printed text and see the translations on the screen. Plus, language packs can also be downloaded via the app so that users can continue to indulge in the benefits even when offline. Alternately, when connected to a network, text can also be typed in to be translated when on the move.

“With Windows Phone, you literally have translations at your fingertips. Simply pin your preferred mode (or all of them) to the Windows Phone home screen. It is one of the shining ways in which we were able to take full advantage of Windows Phone’s innovative design that puts people at the center of the experience. You can also pin the app itself to the home screen – to unlock a useful ‘live tile,’ helping deliver a translation a day in the language of your choice. Thanks to this feature, you can learn a new language one word at a time,” informs Vikram Dendi, Director of Product Management, Microsoft/Bing Translator through a post on the official Bing Beta Community blog. 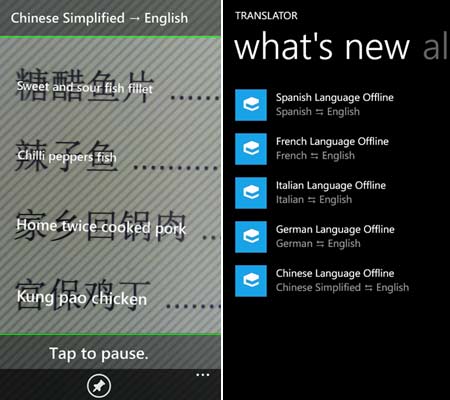 Another key attribute of the offering happens to be the voice translation aspect that makes communicating in English, German, French, Italian and Spanish possible. Additionally, either a preferred mode or the app itself can be pinned on the handset’s homescreen to deliver one translation a day in any selected language.

The updated version of Translator App for Windows Phone powered by Bing, can now be obtained for free from the Marketplace.