How to transfer your data from PC to iPhone

Setting up a new device is always a pain in the neck, and now more than ever when you have so many apps, songs, contacts, messages and other important data that you want to copy over to your fresh handset. Wondershare’s TunesGo is a program that must be tried by people who often find themselves in such situations. Although it’s mainly aimed at iDevices due to their overly complicated iTunes client, this software works perfectly fine with Android devices as well.

Why is the transfer function important?

Managing music is always a task for owners of Apple’s iPhones, iPads and iPods. Mandatory iTunes installation aside, it’s also hard to understand the interface for someone new to it. Wondershare’s TunesGo acts as a simple replacement for iTunes, while providing many more functions than what the Apple software offers. 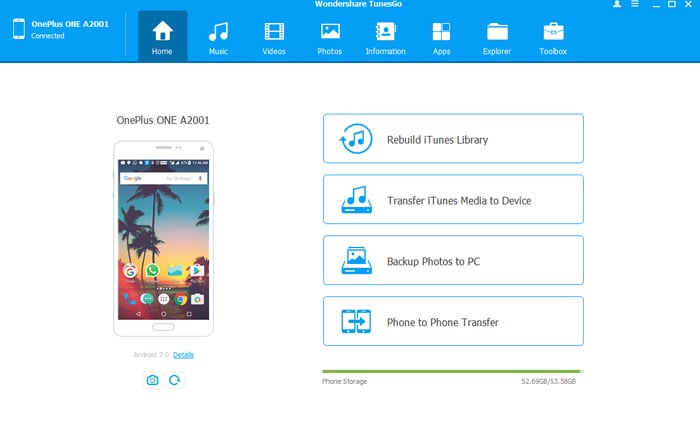 Without putting any restrictions, this alternative to iTunes helps you transfer your music, videos and podcasts between your devices. This can be done between the computer and the phone or even between two phones by connecting them to a computer at the same time. This is especially important when you’ve just taken your new device out of the box, and have realized that transferring all your contacts, photos and music is going to be a hard task.

With TunesGo, it actually becomes a very easy process as the entire complicated procedure is boiled down into a simple interface by this software. TunesGo can also prove to be very important when a device’s display gets damaged, and you have to recover its contents at all costs.

How to transfer your contacts, messages, pictures, music, videos from PC to iPhone without iTunes?

Once you launch TunesGo and connect your iPhone to a PC or a Mac, the software becomes capable of exploring every corner of your device. If you have your iTunes library stored on your computer, bringing it into your Android or iOS device is just a matter of a few clicks.

And in case you wish to add some non-iTunes tracks to your phone, you can head into the Music tab and press the ‘Add’ button. From there you can either sync an entire folder or a chosen number of files. As easy as it is, the same process can be applied for saving photos or videos to your devices.

Wondershare’s TunesGo supports the transfer of songs and videos in more than thirty different formats. There are a few other amazing aspects to this program as well, like the ability to fix ID3 tags so that all your songs will show the proper album artwork, artist names and other details. And then there’s the facility to easily delete duplicate tracks as well, in order to save space. 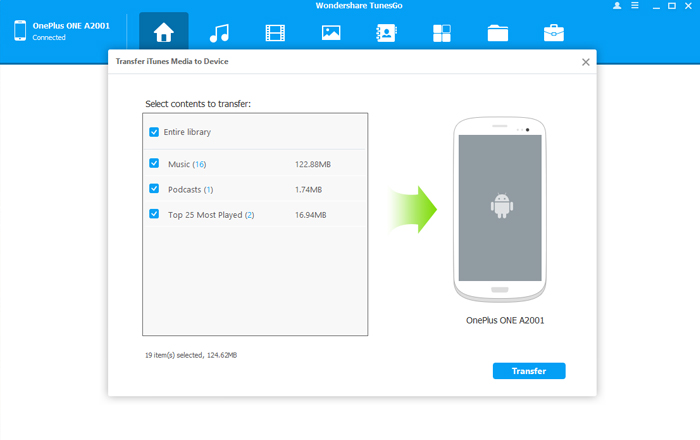 For those who usually transfer to iPhone using the syn method, TunesGo is different from iTunes in a big way. While Apple’s software helps you synchronize content from your computer to your iDevice by covering the existing files, TunesGo proffers two-way synchronization which means the content is synced from the computer to the iDevice as well as the iDevice to the computers without covering existing files.