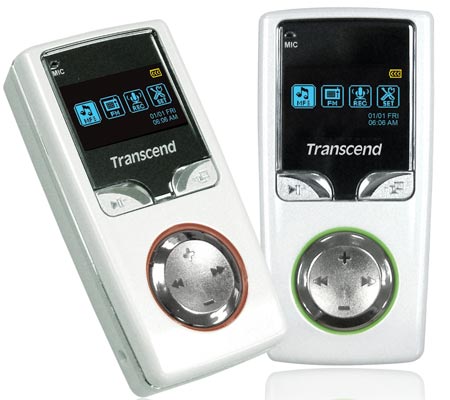 Transcend has rolled out the new T.sonic 615 MP3 player in India. The latest T.sonic 615 is the successor of T.sonic 610. It features pearl-white casing and a dual-color OLED display, which is easy to read in any angle and even in the broad daylight.

Other functions of the T.sonic 615 are A-B repeat and variable playback speeds that allow users to listen to important lectures or notes carefully. Also Lyrics Sync function can be activated to display lyrics on the screen.

Seven built-in equalizer modes and display supporting 13 languages are some of the other features of the T.sonic 615 player. The player is powered by rechargeable Li-ion battery offering around 15 hours of playback in a one charge.

Austin Huang, Regional Head – Sales, SAARC and APAC, Transcend, said, “It is widely known and appreciated that music helps all of us soothe our overworked minds and bodies alike!”

He further added, “People, these days, want to be able to carry their music around so that they can enjoy their favourite songs even during routine activities. As such, MP3 Players are quickly gaining popularity as the most coveted gadget after mobile phones. Transcend’s latest offering, the T.sonic 615, is a perfect example of harmony between technology, performance, looks and style quotients that will surely impress those who like their music to be served fashionably!”

The T.sonic 615 player comes along with the ability to lock the computer and password-protect files. Further the player is available in two capacities, 2GB and 4GB. The 2GB model will be available for Rs. 3000 and the 4GB model will cost Rs. 3800.