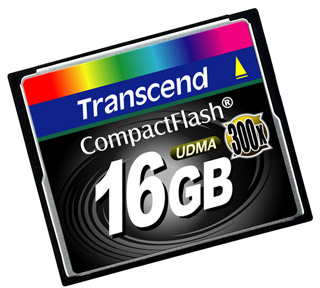 For glitch-free data communication and protection from data corruption or missing files, Transcend has made 300X CF cards equipped with an advanced ECC (Error Correction Code). The ECC automatically detects and corrects errors during data transfer.

Transcend’s Extreme Speed 300X CF cards are available in 4GB, 8GB and 16GB capacities. However, pricing and availability details have not yet been disclosed.