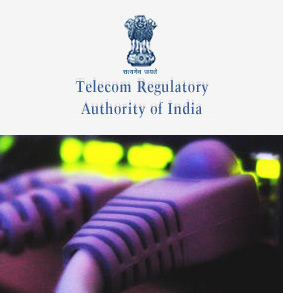 Telecom regulator in India TRAI has asked service providers to specify the minimum speed of broadband plan, which must be at least 256Kbps.

The Telecom Regulatory Authority of India said in a statement that it has already written to all the service providers to do away with words like “up to” when specifying the minimum speed of the plan.

Further, Internet service providers have also been requested to bring to the notice of their subscribers, the definition of broadband when offering high speed Internet connections.

As of now, efforts are being made to ensure a minimum 256Kbps speed for broadband connections. But, some stakeholders have also suggested raising the minimum speed of such Internet connections.

In an effort to define broadband in India, TRAI has released a status paper on ‘Broadband Speed’. This paper has analyzed broadband speed, as defined in various countries, the prevailing environment and the impact of growth of broadband on the Indian economy. Moreover, it has also looked at the present broadband infrastructure that exists in the country as well as the implications of redefining broadband speed.

According to TRAI, the speed of a broadband connection is generally defined to indicate average speed which can support different applications.

It is interesting to know that broadband speed of related to both the availability of the network access infrastructure as well as to appropriate content which requires such blazing speeds.

The TRAI statement also said that the vital issue is the identify the parameters which derive definition of broadband and whether there is a need to modify the existing broadband definition.

TRAI has asked for comments of all stakeholders on paper.