Microsoft really wants you to own its Surface Pro 3 and it’s willing to give you up to $650 when you trade-in your Apple MacBook Air. The Redmond giant’s latest slate is a mammoth, in size and in performance. What’s more, it doesn’t come cheap with prices starting at $799 and going all the way up to $1,949.

The trade-in promotion for the Microsoft Surface Pro 3 has already gone live, but it does come with a few catches. First and foremost, you need to produce a working MacBook Air. And by that they don’t only mean it should power up. You can forget about the promotion if you’ve got a cracked screen or water damage. Also, the fine print mentions that the ‘trade-in value may vary.’ 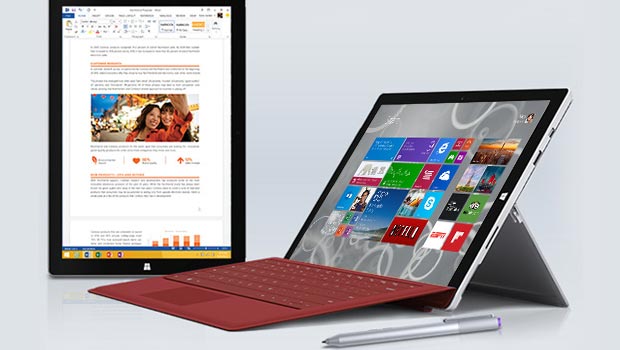 So basically, Microsoft isn’t likely to easily hand over the entire $650 if that’s what you were expecting. The laptop’s condition, documentation and accessories may affect the final amount. Also, only select models of the MacBook Air are being accepted, but there’s no information of which ones. Microsoft’s latest tablet falls in the 12-inch category and it offers a 2160 x 1440p ClearType display. Windows 8.1 Pro comes preloaded and 4th generation Intel Core processors do the heavy lifting. Even with the beefy components onboard, the battery life is estimated at around 9 hours of web browsing.

Key specs of the Surface Pro 3:

Just so you know, the trade-in for the Microsoft Surface Pro 3 is not valid online. The offer ends on July 31.