Toys”R”Us seems to have done well enough with its first tablet for kids considering that it’s now talking about a successor, the tabeo e2. It’s coming in October with a $149.99 price tag and you can already visit this link to pre-order it.

The biggest rival to this one is the Samsung Galaxy Tab 3 Kids which made its debut back in August and is set for release before the October begins. But when it comes to such products, it’s less of a battle of the specifications. The child-friendly software options which have been worked into the package are of prime importance. 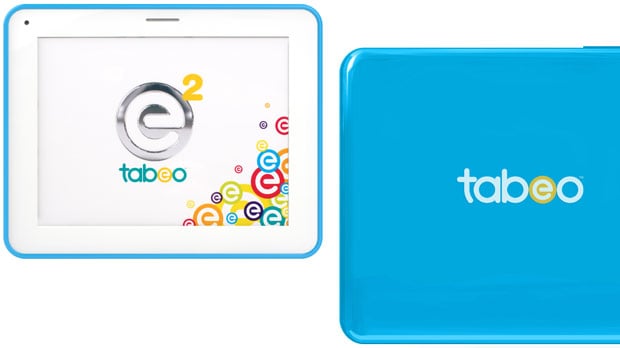 The Android Jelly Bean 4.2 device is pre-loaded with 30 apps covering games and those for educational purposes. There’s a special tabeo marketplace which hosts a lot of free applications too. Some of the options include Little Pim, Temple Run 2, NFS Most Wanted, Crayola DigiTools Effects, Cartoon Network, Operation Math, Paper Camera and My Little Pony amongst others.

Toys”R”Us even has a Movies app which lets users download and stream age-appropriate TV shows and films. All in all, it’s an entertainment box kids can walk around with. Not sure if that’s a good thing. But there are ways to go about it sensibly perhaps. Customizable controls have been included so that mums and dads can mark a limit to what their tiny tots view and how much time they spend using particular applications.

A quick glance at the tech specs