There are a lot of things to love about Ultrabooks and the long battery life is one of the sweetest features. Well, Toshiba has taken things to an all-new level with its latest Dynabook Kira laptop by offering up to 22 hours of activity on a single charge.

Engadget points out that the extended battery life is applicable to the Dynabook Kira V634 model only. This notebook features a 13-inch 1366 x 768p display and it runs Windows 8.1. Also, there’s a fourth generation Core i5 processor powering it up. The laptop is capable of 4K video output via HDMI it comes preloaded with a free copy of Microsoft Office Home and Business 2013 as well as Adobe Photoshop Elements 11. 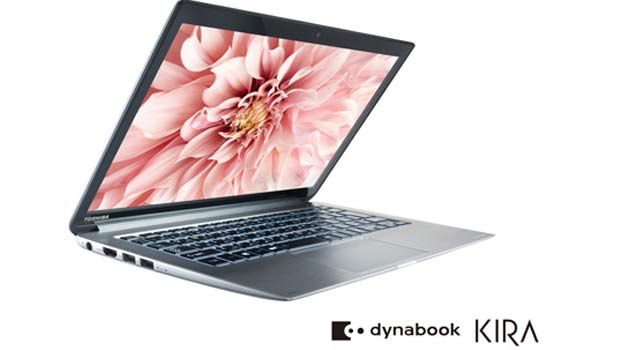 At just 1.12kg, the Kira V634 sports 8GB of RAM and a 128GB SSD. There’s also Wi-Fi a/b/g/n and Bluetooth 4.0 onboard. For better visuals, a WQHD variant is being offered through the Dynabook Kira V834. While most of the specs remain the same, the main downside here is that the battery life is dropped to 14 hours owing to the high resolution panel with touch input.

Along with the new laptops, Toshiba also took the wraps off its Dynabook Tab VT484. This device is an 8-inch tablet which runs on Windows 8.1. It weighs 445 grams and packs in a quad core Intel Atom Z3740 Bay Trail processor with 2GB of LPDDR3 RAM. The slate has an 8MP camera on the rear for video recording and taking images, while storage comes in options of 32GB and 64GB. The Tab VT484 is capable of delivering 11 hours of activity. 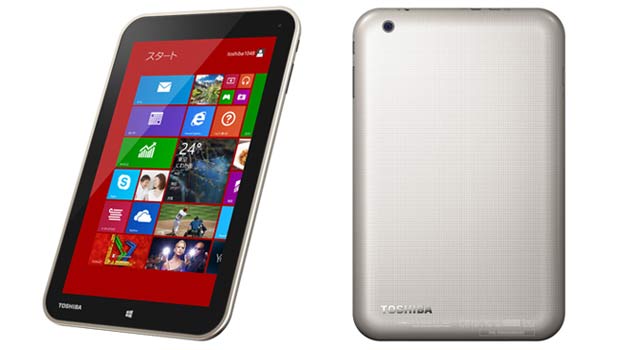