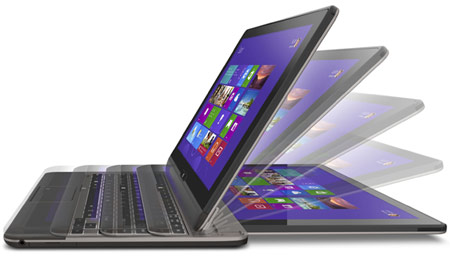 As expected, the Toshiba Satellite U series Ultrabooks release date will fall on the same day as all other Windows 8 devices and its price has also been revealed officially. The U925t, U945 and U845W notebooks can now be pre-ordered via the official website or authorized retailers. The LX815 and LX835 AIOs will also be accompanying the notebook to stores, later this month.

Much like a number of other convertible laptops such as the Lenovo Yoga, ThinkPad Twist and Vaio Duo 11, the Satellite U925t has been outfitted with a hinge that allows using it as a tablet as well as an Ultrabook, simply by tilting the screen up. Besides a 12.5-inch IPS multi-touch display, it is blessed with an LED backlit tile keyboard as well as a clickpad. The 14.4-inch U845W boasts of an HD TruBrite display with a 21:9 aspect ratio and flaunts an encasing with a brushed aluminum finish. This piece of hardware packs in a punch with its sleek profile measuring less than an inch. 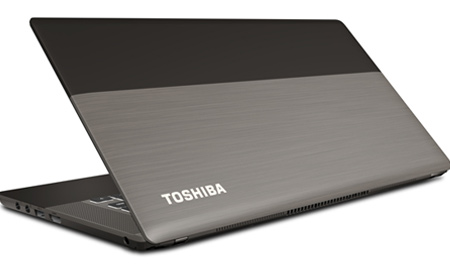 The U945 tips the scales at not more than 4 pounds and claims to be apt for keeping users entertained as well as productive on the move. Enclosed in textured Fusion Lattice finish, it measures not more than 0.8 inches in thickness and wears a 14-inch HD TruBrite display. A clickpad is in place to recognize various gestures and its usual keyboard can be optioned with an LED backlit one. The notebook even integrates stereo speakers and SRS Premium Sound 3D in addition to an HD webcam. 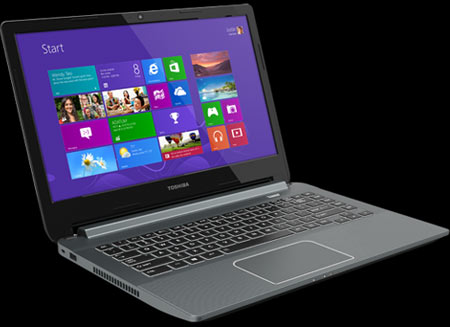