In the form of the Satellite Radius, Toshiba has introduced its own take on Lenovo’s Yoga design of convertible laptops. This new beauty is capable of being used in 5 different modes by rotating its 15.6-inch display in the manner the user desires.

Equipped with Windows 8.1, it features a two-axis hinge design and a smart-locking keyboard. While one of the 5 modes is laptop mode, the other four include tablet, tabletop, presentation and audience, the orientations of which can be spotted in the image right below. 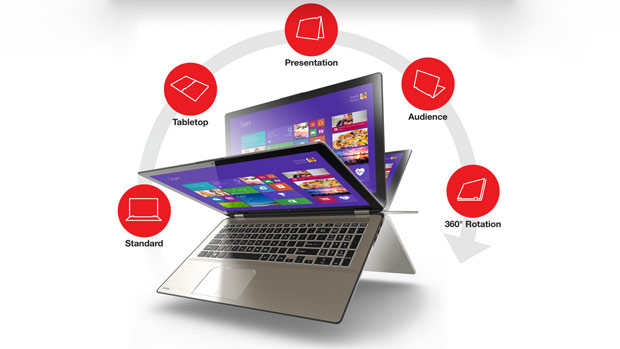 Toshiba has infused the Satellite Radius laptop with premium Harman Kardon speakers which are driven by DTS Sound for a better aural experience. Its other important attributes include Wi-Fi 802.11ac, an HDMI port with 4K output support and the Dragon Assistant software for voice-controlled navigation.

Coming to the hardware components of this convertible, its 15.6-inch screen is able to display its visuals in 1080p full HD resolution. Hidden inside its aluminum enclosure is an Intel Core i5 processor or a Core i7 CPU. While the model bearing the former will grab 750GB of storage, the one with the latter will kick in a 1TB drive. 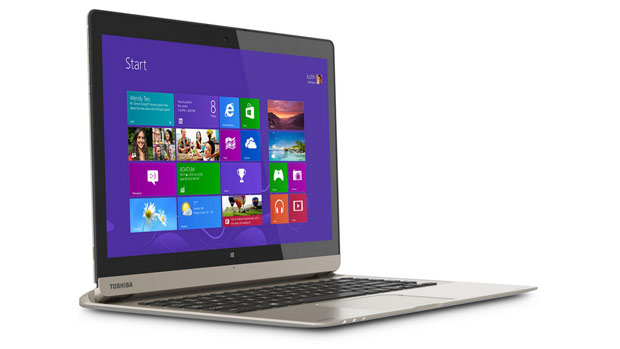 Aside from all this, the product also benefits from three USB 3.0 ports and a few sensors for when it is in tablet mode. These include an accelerometer, a gyroscope, a compass and an ambient light sensor. Although, at 15.6 inches, one might wonder how Toshiba sees users holding this device in its tablet orientation.

The two models of the Toshiba Satellite Radius will go for sale at $926 and $1049 in early July.