Toshiba Satellite E45t and E55 launch details disclosed for US

Toshiba has announced the Satellite E45t and E55 laptops as the company’s latest devices aimed towards the mid-range tier featuring touchscreen displays and reasonable price tags. Well, so far only the former’s price has been confirmed, while the retail amount for the latter will be available as its launch date nears in. Being the first Haswell-based entrants in the 2013 Toshiba Satellite series, the laptops come dressed in highly portable form factors and a design which is highly similar to that of the flagship Kirabook.

The Satellite E45t and E55 feature the company’s Skyline design which delivers a durable body through a brushed aluminum casing and a slim profile that’s less than an inch in thickness. Both notebooks share various common features such as 10-finger touch support for making the most out of Windows 8 and reinforced LED backlit keyboards. You’ll have the choice of either an Intel Haswell Core i5 processor or a quad core AMD A6 APU. On choosing the former CPU, the laptop will be enabled with Dragon Assistant speech recognition technology, Smart Response and Wireless Display amongst others. 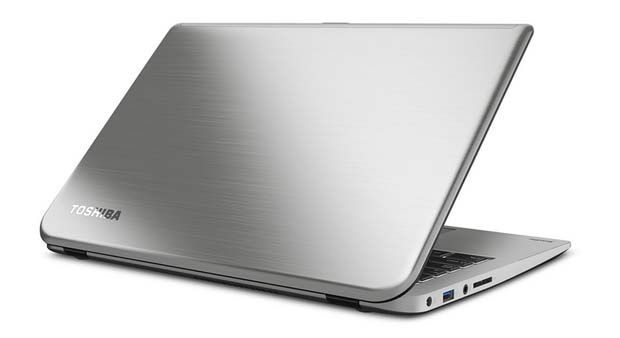 The company has estimated that the notebooks will be capable of delivering around 7 hours of activity. While the Satellite E45t sports a 14-inch HD display, the E55 models have larger 15.6-inch panels and they also include a built in 10-key numeric pad. The laptops in both series can be configured with 500GB or 750GB of storage and they are equipped with USB 3.0, HDMI, Ethernet and SD card slots as well as dual-band 802.11ac Wi-Fi and DTS Studio Sound amongst others. 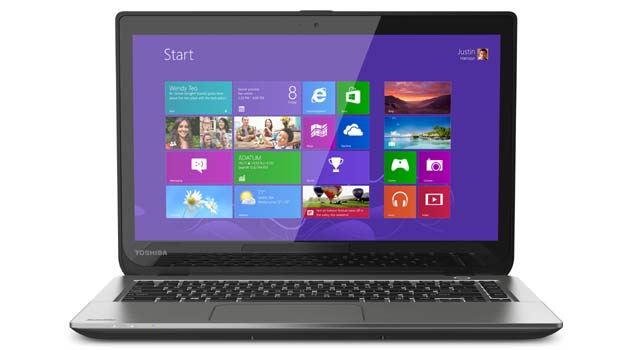 The E45t will be released on August 4 and it will be available for purchase exclusively through Best Buy and the company’s online store for $699.99. The 15.6-inch E55t/Dt variants will go on sale through major retailers nationwide in September. Price details for these notebooks haven’t been disclosed as yet.