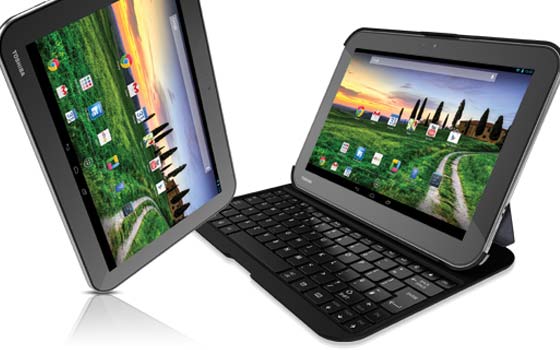 Toshiba has come out with the Excite Pure, Pro and Write tablets which were announced back in June for the US. They have received official recognition in Europe along with price details. Toshiba has already put the Nvidia Tegra powered trio up for sale in the former country at affordable price tags.

Toshiba’s Excite Pro and Write tablets are powered by the Tegra 4 processor which packs quad Cortex A15 cores and a 72 core GPU. The Toshiba Pure in the Excite series on the other hand, is designed with the previous generation quad core Nvidia SOC that has 4 Cortex A9 cores instead. This Jelly Bean slate packs 1GB of RAM, a 10.1-inch WXGA display, 16GB of storage and a long battery life of around 10 hours or video playback of 50 hours of audio listening. 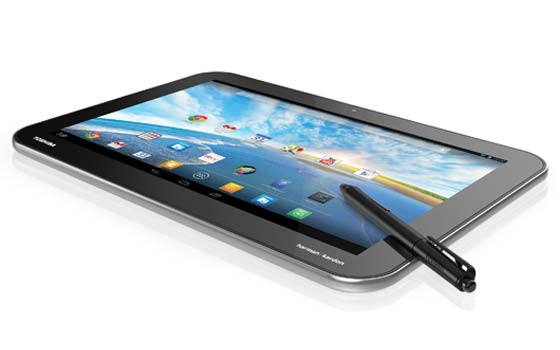 The Toshiba Excite Write touts a high resolution PixelPure IPS WQXGA LED touchscreen which spans 10.1 inches wide. Additionally, the panel also comes with support for digitized pen input, allowing users to create doodles and handwritten notes. Last on the list is Toshiba Excite Pro which also has the same display as the aforementioned slate. Both proffer up to 9 hours of video playback, run on the Android 4.2 Jelly Bean OS and have 2GB of RAM along with 32GB of storage. 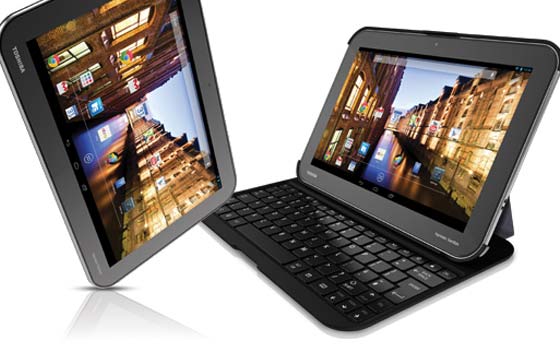 The Excite Pure is currently available through Amazon in Germany, the UK and France for a price of €299, €349 and £307.55, respectively. The Pro can be purchased in the second country for €429, while the Write is selling for €599. A post on Unwired View notes that the latter 2 tablets should go on sale across Europe soon.