Toshiba has come up with a trio of tablets based on the Bay Trail processor from Intel, the Windows based Encore 2 and the KitKat powered Excite Go. Prices for start at $109.99 for the Android slate, while the Windows 8 slab costs $199.99 and above.

The Toshiba Encore 2 comes in two models – 8-inch and 10.1-inch. Both slates are being touted as entertainment devices and they offer up to 10 hours of battery life on normal usage, while video playback will deliver around 8 hours of activity, courtesy of Bay Trail. They have 1280 x 800p HD displays, stereo speakers backed by Dolby Digital Plus audio, a 5MP rear camera and an HD webcam. The company has thrown in 64GB of storage, a 128GB compatible microSDXC card slot, microHDMI and a one year subscription to Office 365. 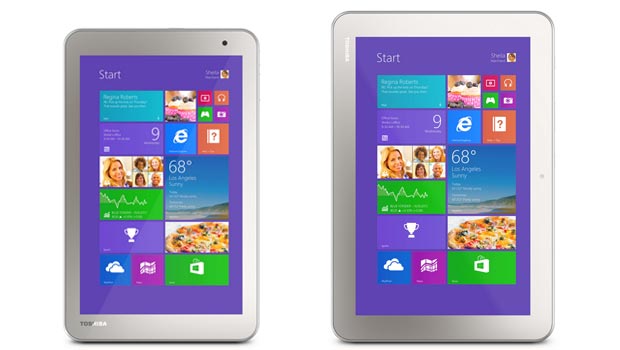 Coming to the Excite Go, this lightweight Android tablet offers the latest OS from Google. It weighs 12.5 ounces with a pocket-sized design of 7 inches. The display is a bit of a letdown with 1024 x 600p resolution, but for a price of just above $100, it’s acceptable. There’s a quad core Intel Atom CPU onboard which is way better than the Cortex A7 based chipsets in most affordable smartphones and tablets.

Other features of the slate include 16GB of internal storage, 128GB microSDXC compatibility, a full version of OfficeSuite Pro valued at $14.99 and up to 8 hours of activity (around 6.5 hours with video playback). Compared to HP’s 7 Plus slate which recently went official at $99, this one offers better specs and KitKat 4.4. 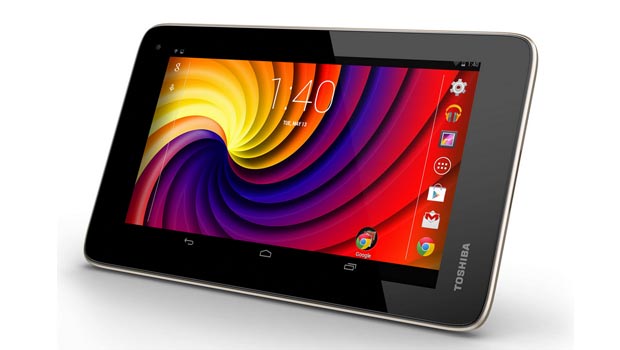