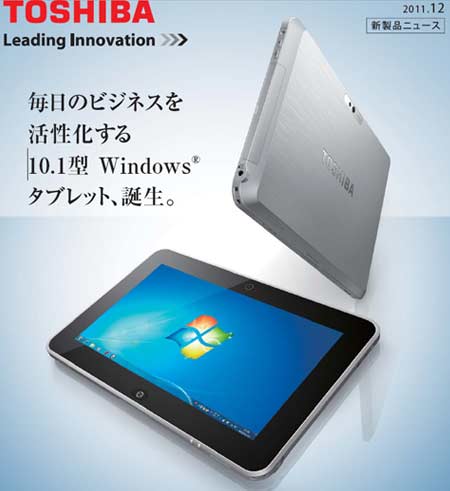 While Google’s Android platform seems to be rather loud when it comes to the tablet segment, Japan appears to have got a Windows 7 OS powered, 10.1-inch Toshiba Dynabook WT301/D just recently. The tab is expected to arrive early next year, but there is no word on its availability date in other parts of the world.

As TechCrunch mentions, it is specifically designed to suit the needs of business professionals. A 10.1-inch TFT LED backlit multi-touch display graces the front panel of the slab. This touchscreen is capable of projecting pictures in 1366 x 768 pixel resolutions. Besides a 1.3MP snapper which can be employed to capture still shots as well as record videos, the tablet is equipped with another 0.3MP camera that allows video conferencing.

On the performance front, the Toshiba tablet is said to draw power from a next generation Atom processor, though further details regarding this CPU have not been revealed. It operates with the help of the 32-bit Windows 7 Professional OS and is deployed with Microsoft Home and Business 2010 suite. In addition to 2GB of memory, the slate offers a generous 64GB hoarding space as it is integrated with a solid state drive. 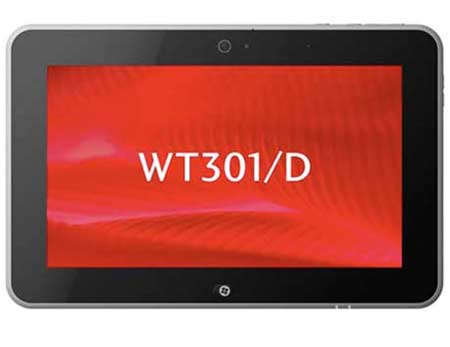 Its Bluetooth 3.0 + HS and 802.11b/g/n Wi-Fi functionalities let users communicate with other compatible devices and offer wireless web access, respectively. The input and output connectivity options are inclusive of a USB port and a micro HDMI connector to facilitate USB tethering and displaying digital content on big screen HDTVs.

The Windows 7 based Toshiba Dynabook WT301/D release date and price information is foggy at best.