The Toshiba AT300SE was unveiled recently by the Japanese manufacturer, who has also gone on to reveal the price of this Jelly Bean-equipped tablet which is tagged at £299.99. Aimed at everyday users and cost-conscious consumers, this device is said to be easy to carry, and possess a textured design that is accompanied by a dotted pattern on its rear for better grip.

A 10.1-inch LCD capacitive touchscreen graces the front of the tablet with a resolution of 1280 x 800p and features such as a 16:10 aspect ratio, CSV, IPS and a Wide Viewing angle. An Nvidia Tegra 3 processor runs the entire show for the tablet, combined with its Integrated Graphics Controller. This slate will be offered in 16GB of internal storage, while its RAM will have a capacity of 1GB. 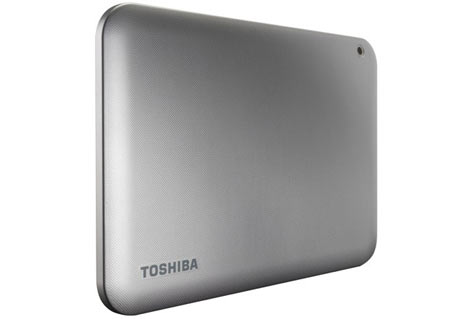 With dimensions of 261mm x 180mm x 10.5mm, the Toshiba AT300SE tips the scales at 625gms. As far as its connectivity options are concerned, one micro-USB port, one microSD port with SDHC/SDXC support till 64GB and a headphone/mic combo port have been granted to it. Besides, there’s also combo WLAN, Bluetooth 3.0 and GPS to enhance the tablet’s attributes.

A two-cell 25.0Wh battery forms part of the device, proffering it with juice to run for ten hours straight without the need for recharging. At its rear, it carries a 3MP snapper, while a 1.2MP front camera is being offered with it as well. This slab kicks in the Android 4.1 Jelly Bean platform, but there’s no news yet about a possible update to the 4.2 variant anytime soon.

Last month saw Toshiba, releasing a series of devices in the form of the Satellite P, L, C800 series. These laptops all run Microsoft’s latest Windows 8 OS, and feature advanced traits that take advantage of the new platform. As mentioned above, the Toshiba AT300SE will be made available to interested buyers at £299.99. Its release date is set to fall sometime during the final quarter of this year. 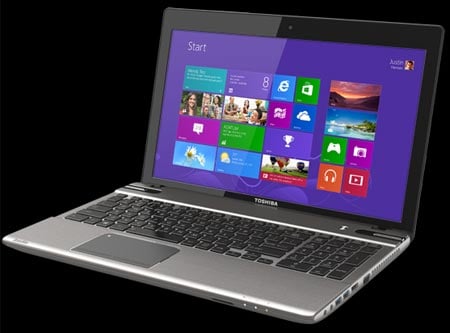