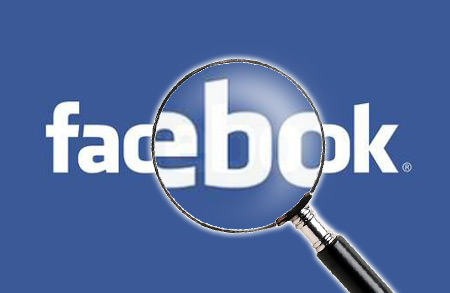 One of the fastest growing social media platforms has certainly not managed to steer clear of rumors and this has prompted us to make a note of the Top 8 Facebook misconceptions. A huge intermingled web like Facebook is bound to be a hub of myths but how many of these have even a hint of truth to them. Let’s find out.

Fact: Certainly, a number of people must be of the opinion that the social networking website takes care of all information that you provide either directly to the website or to its applications. But it is not so. There have been cases in the past when these applications revealed information to data brokers though the website is believed to refrain from doing so. It is pretty clear that users themselves are responsible for the information they provide and all those who thought Facebook is responsible enough, think again.

Fact: So according to you, Facebook is serious about your privacy. It does have strong privacy policies but the website also has its own concerns. More so, it is no hidden truth that the website has not been successful in handling security issues in the past.

Fact: You don’t hesitate before hitting the ‘allow’ button when an application asks for permission to access your information? All this while you believed these applications are developed by the SNS itself, isn’t it? Most applications of Facebook are created by third party developers which utilize the Application Programming Interface (API). So the question arises, why they look strikingly similar to the website? Blame the API as it is responsible for all similarities.

4 – Pictures and videos are deleted on deactivating the account:

Fact: Firstly, the procedure to permanently delete your Facebook account continues to be confusing even after the modifications it has gone through over the years. Also, users are still confused between deactivation and deletion of the account. Let’s throw some light on the issue. When you deactivate your account, all information is still on the website as users have an option of going back and reactivating their profiles. On permanent deletion also, the information remains on the Facebook server for a long time. Though Facebook denies it, there are possibilities of information being accessible from the website through unauthorized means.

Fact: Privacy controls on Facebook have improved considerably with time. Through options to customize every bit of information you upload, a risk of unwanted viewings of your content has been eliminated. But the new problem now is that most visitors are ignorant about these settings. Though we would like to draw attention towards one of the most precarious threats to our privacy, that of accounts being hacked.

6 – Friends who visit your profile appear in the friend’s section of your homepage:

Fact: Next in the 8 misconceptions of Facebook is a popular page which claims to tell you who has viewed your profile. No we are not referring to the spam that was making rounds on the SNS but a Page on the site. Apparently, names which appear on your homepage in the friend’s section after you hit on ‘profile’ are those who visited your account recently. According to the website, it is technically impossible for users to find out who viewed your account or how many times, for that matter. We suggest, do not fall for such fake groups.

Fact: Surely, many of us have heard someone complaining how Facebook is responsible for destroying social skills of most children. Strictly do not believe them because a website cannot be responsible to do so. In fact there have been cases of introverts opening up on the SNS to voice their thoughts. And as far as the misconception goes, it could have been cooked up by those who had nothing better to blame for their child’s limited social skills.

Fact: Definitely it’s a misconception that Facebook is only for youth and teens as the website welcomes all, regardless of their age group. It is being widely used for various purposes like advertising, marketing and recruitment and proving beneficial too. And according to findings by 60 Second Marketer, 29 percent users are between the age group of 18 and 25 while the 26 to 34 age group is not far behind with 23 percent members. Also, the 35+ age group forms 38 percent of total users which proves Facebook is not only for the youth or teens.

A social platform as big as Facebook is bound to attract myths. So, which one of these Facebook misconceptions has mislead you?