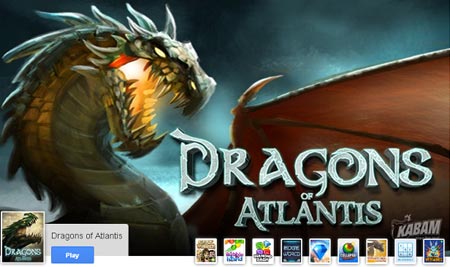 You don’t need a Google+ Games list to tell you Google’s taking the social gaming idea quite as seriously as Facebook is. Less than two months after launching their ‘suite of social networking services’, the company has already dipped into the gaming section. There’s a neat little Games tab sitting besides those for Home, Photos, Profile and Circles that’s easily visible on the Google+ page. And we’re not the only ones inviting the thought that the Mountain View crew took a good look at all the kinks in other SNS that they must avoid like the plague, such as the nearly invisible Games section on Facebook. Out of the 16 titles now available through the said tab, you may have at least a couple of these listed among your favorites.

Angry Birds: We haven’t included Angry Birds among the best games on Google+, just because it is unofficially one of the most engaging physics-based games as evidenced by its popularity. It is inordinately addictive and you’ll find it extremely hard to get people who’ve played it to disagree. If you actually feel sorry for the repentant green pigs, then you may want to give the bird-pelting action a break and check out others in the lineup.

Zynga Poker: Addicted to playing poker online and offline? Zynga Poker won’t cure you of the obsession. And the fact that you’re loaded with virtual money and won’t have ‘collection specialists’ knocking down your door in the real world are contributing factors. The game is extremely difficult to get out of and if you stand up, do so only in the real world. Because that slot machine in the lobby is going to make you regret ever leaving the table. Or maybe we’ve had plain bad luck so far.

Bejeweled Blitz: If you harnessed the hours spent playing Bejeweled Blitz, you could build the Empire State Building in 6.3 days. That’s fun fact number 102, say the creators. For those of you who don’t know, Bejeweled Blitz is a puzzle game requiring players to swap gems in order to align three or more of the same color in one line and make them disappear. There are bonuses to be won for reducing over three jewels in a row to nothing. And you’ve got to play it to see how addictive it is. But you’ve already gone and done that, haven’t you?

Wild Ones: Like beating up strangers while dressed up in a funny bunny rabbit-like suit? Wild Ones in Google+ games is for you. The idea is to arm your ferocious little pet with a proper weapon like a Baby Blobgun, Missile, Rubber Grenade or Teleporter amongst others. Then step into the live multiplayer turf. Cause as much damage as you can to the opponent’s mean furry critter and play in different maps like Indestructible Egypt, Rumble in the Jungle, Creepy Crawly, Emerald Zone and more.

City of Wonder: So your leadership and organizational skills haven’t had a chance to flourish. Look no further than City of Wonder that challenges gamers to advance their civilization and its people through the ages. It’s all about progressing from a little village to a busy city. Trade, exchange ideas, help out your allies and even battle other players in this title from Playdom.

Crime City: Hooked to Mafia Wars on Facebook? Multiplayer game Crime City should give you reason to keep up with those double-life cravings you need to feed. Take to the streets as you build a hood, do jobs, fight other players, mug pedestrians or click to collect your dues before the police bust down the place. Make sure you do something fruitful with your time before your energy runs out though. And when it does, you will come back for more later or end up paying actual money to keep going.

Dragons of Atlantis: We would put Dragons of Atlantis somewhere on top of our Google+ games list. It’s an interesting strategy game that will offer you as much fun as it will irritate you. First off, the artwork is pretty engaging, but the building, walls and what nots take ages to build. And then before you’ve explored the game properly, you’re being asked to buy something or the other. Clearly, there are a lot of exciting things to discover before we start on the dragons, but Kabam Games will try to sell it to you before you want it.

Here ends our list of top Google+ Games. Been taking a very long break from Farmville on Facebook lately?