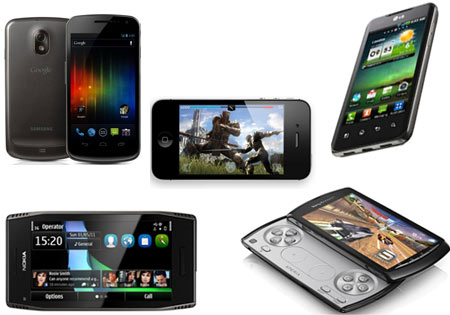 There was a time when you could carry around an eReader, a smartphone and a portable gaming unit and still not attract weird stares from people passing you by the street. That was until several companies decided to mash eReaders, gaming units and more into one device, the haloed smartphone. We know there are phones which are good for gaming and others which simply do not profess to have the minutest bit of talent in this direction. Here’s our pick of the top gaming phones to mull over for those who’ve been chasing a smartphone optimized for work and play. Because too much work makes Jack a dull boy. 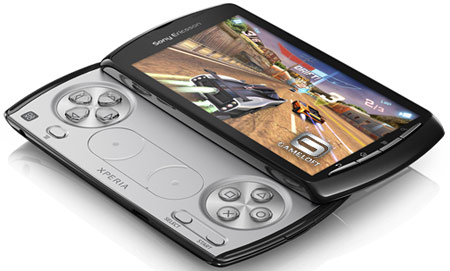 The first ever PlayStation certified handset had to top the list of best gaming phones for obvious reasons. It wraps in a 4-inch multi-touch screen whose graphics are driven by a 1GHz Qualcomm Snapdragon processor with an Adreno 205 GPU. Running Android Gingerbread and making an entrance with a horde of games for company, this baby was a mobile gamer’s happy fantasy right from the word go. Some of the titles covered for it span Destruction Derby, N.O.V.A. 2, Splinter Cell Conviction, Assassin’s Creed Altair’s Chronicles HD, MedEvil much more. 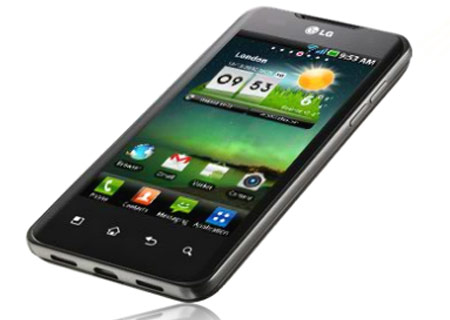 Next comes the LG Optimus 2X housing a 1GHz dual core Nvidia Tegra 2 processor at its heart, HDMI connectivity and DLNA support. The company’s ULP GeForce GPU serves to render a 3D UI and mobile 3D playability too. Sporting a 4-inch IPS LCD touchscreen, the phone in question embeds a whole lot of sensors starting with the 9 axis gyro sensor and the accelerometer, and it goes without saying, high definition graphics. What’s more, the Nivdia Tegra Zone app is always there to help you look up games optimized for the super phone. 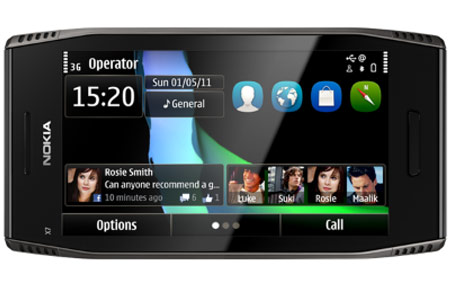 When a certain Finnish giant says it’s ‘Entertainment made bigger’ on the Nokia X7, they do sound like they mean it quite sincerely. This Symbian Belle smartphone has a generous 4-inch nHD AMOLED capacitive touchscreen with a 16:9 aspect ratio stretching across it face. With support for up to 32GB cards, the handset uses a dedicated graphics processor with OpenGL 2.0 for enabling 3D compatibility and integrates an accelerometer. And just so you have your first taste of what it’s like to be gaming on it, the X7 lands pre-loaded with Asphalt 5 HD and Galaxy on Fire HD right out of the box. 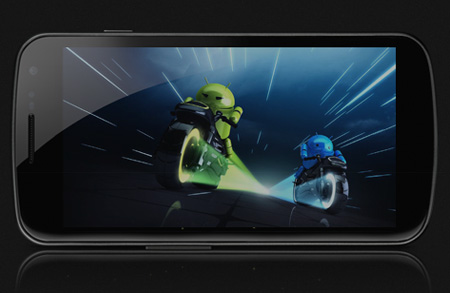 With recent headlines blazing Android 4.0’s ability to turn smartphones into gaming consoles, need we be surprised that every other gaming fanatic wants a bite of Ice Cream Sandwich? And since the Samsung Galaxy Nexus arrives with Google’s latest mobile OS itself, putting this Galaxy member on the list is unavoidable. Flaunting a 4.6-inch HD Super AMOLED display with resolutions of up to 1,280 x 720p, the smartphone is fueled by a 1.2GHz dual core CPU and offers hoarding space of 16GB or 32GB for storing all those games and entertainment. And we have high hopes of it actually proving to be an amiable device for gaming on the move just by taking a glimpse of its tech specs. 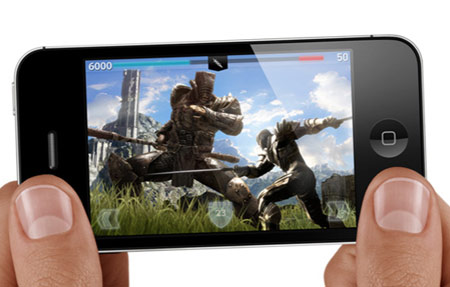 Well, the iPhone 4 is one of the best if you want to play anything from Fruit Ninja to Asphalt. So again, we’re resting nothing but our faith on the likelihood that it’s successor, the Apple iPhone 4S, will also be great for gaming needs. You can try gathering some evidence from the fact that it runs a dual core A5 chip which is even more powerful than the A4 and the Cupertino guys promise that we’ll see the difference while launching apps, web browsing or gaming. If you go by the bait of two times more power and almost seven times faster graphics as compared to the previous chip, who’s to say that the device won’t make for a good mobile gaming companion?

No list of top gaming phones is complete without a passing reference to the Nokia N-Gage, the handset that launched a thousand I-don’t-wannabes. And you may agree that it’s actually a good thing.