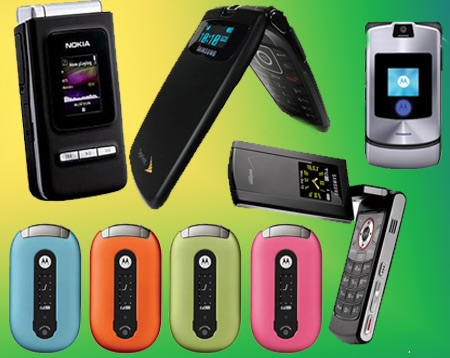 Mobile phones have evolved from the time they were introduced on a commercial basis in the 1990s right from those bulky phones that resembled pencil boxes to the days when network was so bad that phones compulsorily came built-in with an antenna.

Over time of course, the design of cell phones has pretty much evolved into two distinct species- the candy bar-style phone which includes sliders, and the flip form (clamshell) variety. The flip phones have an edge over the candy bar kind, because they are smaller, much slimmer and look very sleek and stylish too.

Here are the flip-style mobile phones which caught our eye:

Motorola has always been known for its flip phones. A notable one that comes to mind is its MOTO PEBL U6 which lends a very zen-like feel to the concept of mobile phones. No doubt it was launched a while ago; the MOTO PEBL fits perfectly in your hand considering its really interesting design.

Besides an internal display, this Motorola flip phone sports an external display and offers up to 5MB of built-in memory. The MOTO PEBL U6 comes with an integrated VGA camera with a 4x zoom and permits video capture and playback. We love the design of this phone and what’s more it has a camera as well! Moreover, it is available in fresh colors of orange, pink, blue and a lovely shade of olive green. This phone costs $200. 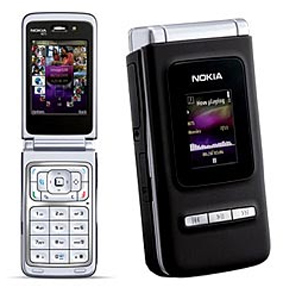 Next up is the Nokia N75 mobile phone which once again features an external and internal display. The design is really sleek and so flat is the phone that it will perfectly fit into small spaces. Salient features of the N75 include unlimited space for phone entries, a 2 mega pixel camera, stereo FM radio, voice command, photo/video editor and integrated handsfree. The Nokia N75 is available in a sleek black shade, perfect for the stylish at heart. The Nokia N75 phone costs $250. 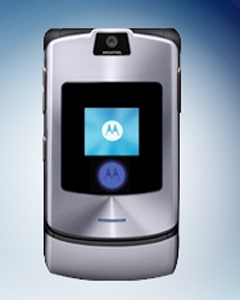 Motorola’s MOTO RAZR V3i also caught our attention mainly because this is one phone that is really easy to flip open, unlike other flip mobile phones that claim to do so. This phone too is really sleek and also features an external display that notifies you when you have received a call or message. Available in really stylish shades of Silver Quartz, purple and pink (for the women!), the V3i will surely catch the attention of others. It offers an internal memory of up to 12MB and removable memory of up to 512MB. Fun features include a built-in music player with playlist support, a 1.23 mega pixel camera with 8x zoom with video capture/playback and Bluetooth. MOTO RAZR V3i phone is available for a price of $249.99. 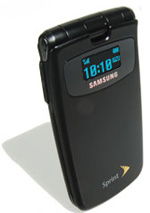 The Samsung m610 is a pretty interesting flip phone as well. This Ultra-light CDMA mobile phone features a 2 mega pixel camera. Other features include Bluetooth, a handsfree speakerphone mode, Airplane mode, voice dialing, and a capacity for 500 phone book entries. Other than that, it features an external display that shows the time in a very classy manner. The Samsung m610 phone comes with custom wallpapers and pre-loaded games. A good feature of this phone seems to be the ability to stream video and TV. Samsung’s M610 mobile phone is available for a price of $179. 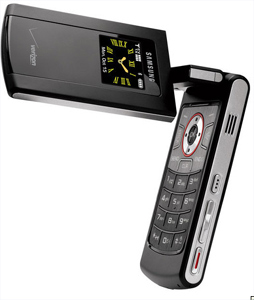 Saving the best for last, we have the Verizon Wireless FlipShot device which has been manufactured by Samsung. Features of this extraordinary phone include a 3 mega pixel camera with digital zoom, camcorder (yes, it’s true!), speakerphone, Mobile Web 2.0, Bluetooth and a business card scanner. The best part is the phone’s design which has a rotating display, making it perfect for photography enthusiasts to extract the most out of this device. The external screen shows a display of an actual clock. The Verizon Wireless FlipShot by Samsung is available for a great price of $199.99.