Top 5 Anime Slot Games to Play On Your Mobile 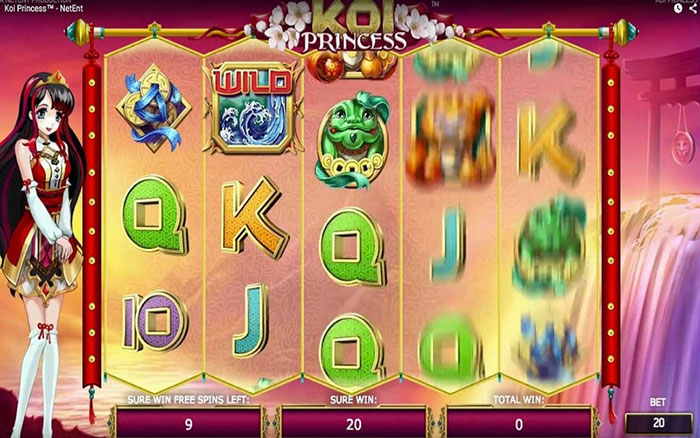 Seeing that people on a global scale to a certain point still very much reject Anime and its widespread popularity is a rather fascinating observation.

Still perceived as a silly, cartoon styled movement intended for kids’ amusement despite the generational shift that’s introduced a new tide in the culture, Anime is doing its best to crush the negative stereotype with the help of its flagbearers such as Dragon Ball which is set to hit the stage with a brand-new movie, scheduled for a Japan release towards the end of the year.

Defying the negative perception in global mainstream culture, Anime is becoming increasingly popular in some parts of the world you would never have guessed it is possible.

Uganda Observer reports that this highly entertaining medium is gaining huge followership in this African country. Japanese animated movies are becoming quite a hit there with their subtitled versions being particularly popular for their authenticity and genuineness.

As the Anime obsession takes an unlikely direction it’s only fair to mention that films and movies are not the only headliners of the Anime culture.

The vast world of online casino gaming has long taken a try at the Anime theme with several online slot titles standing as proud examples of the tantalizing world of Japanese animated creations.

The unstoppable pace of technical advancement has made these slot games widely accessible on a wide range of devices and all platforms and right down here you can find a list of top 5 anime slot games you can play on your mobile phone, wherever you may go.

Developed by one of the biggest and most respectable names in the online gaming industry – NetEnt – Koi Princess slot is a huge ambassador of the Anime culture.

Not only is the Koi Princess known for its remarkable graphics and overall visual identity, it’s also one the most feature rich slot game NetEnt have ever produced. Packed with 4 randomly triggered features in the base game, Koi Princess is topped up with as many bonus rounds that include two Free Spins Games, a coin feature and a Bonus Wheel feature for possibly great winnings.

Standing as one of the most popular anime slot games around, Koi Princess is available to play for free over at BestCasinos.com. 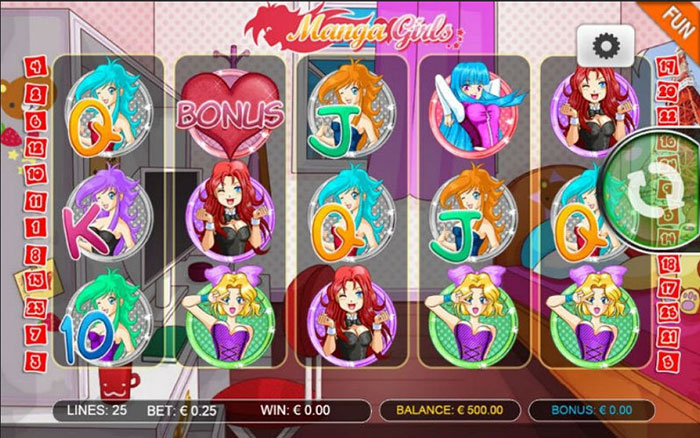 Anime and Manga have always gone hand in hand, promoting the anime niche characterised by big-eyed and slim-waisted girls whose colourful hair add a particularly enticing element to this Anime subculture.

This exciting title is packed with Wild symbols, Scatters, a Bonus round and a particularly pleasing Progressive jackpot which outlines the markings of a truly great game which holds a high place in the Anime slot ranking. 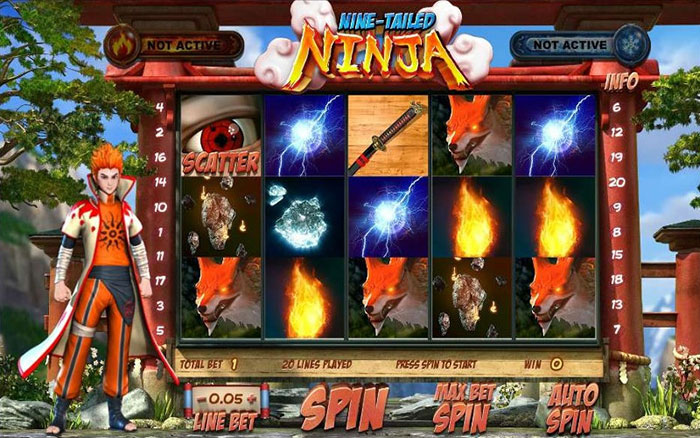 Another proud representative of the Anime culture, Nine Tailed Ninja is a 5 reel and 20 payline slot developed by Gameplay Interactive.

What’s so special about this game is the fact is features a gameplay based on different season and different bonus rounds which correspond to the season you’re playing this game in. Summer brings a fight with demons and monsters, whereas the winter part makes you choose between a ninja and a shadow clone.

Nine Tailed Ninja is also a progressive jackpot machine which is a tiny detail that makes a great difference.

Revolving around a story of identical twin sisters, Fa-Fa Twins is a 5 reel video slot with staggering 243 ways to win. Released in 2017, it’s one of the most advanced titles from BetSoft. Fa-Fa Twins slot is packed with exciting features such as wilds, dual reels and an optional double up game which allows you to double the winnings with a flip of a coin.

Impressive graphical outlay, a peaceful soundtrack and highly exciting gameplay make this slot a a very popular choice for all Anime enthusiasts. 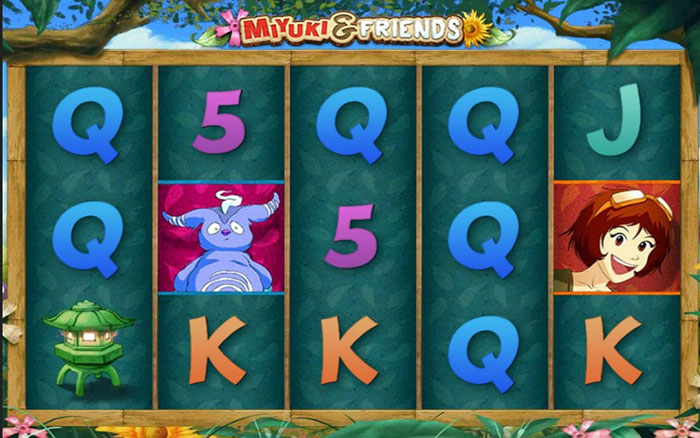 Arguably the most joyful title on this list, Miyuki and Friends is a proud product of High 5 Games.

It’s a classic tale of separated friends who need you to help them get reunited. Your efforts will be handsomely rewarded with hefty prizes you can expect from bonus features such as Free Spins or Super Stacks Feature which comes with prize multipliers.

Customised to be accessed through your favourite handheld device, Miyuki and Friends is definitely an Anime slot game that deserves your attention.