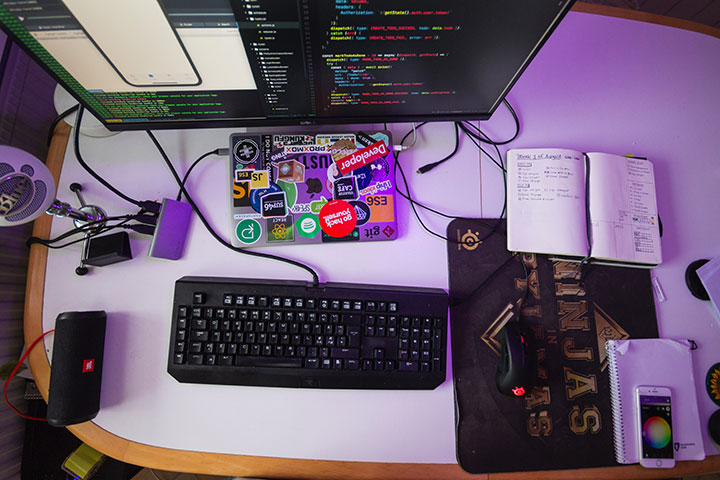 Just like Javascript, Python is a good programming language to learn and implement on a company’s website as it is widely supported across browsers and systems. Unlike Javascript, it runs in the back-end with a focus on the server side. Like Javascript, it is an object-oriented language. When compared to many other languages, Python is relatively easy to interpret and read.

Finding Python development outsourcing companies is relatively easy today and highly recommended for anyone that needs a quick and effective way to create GUI apps or leverage web app development. It is also scalable for more complex solutions to software and cutting-edge technologies, such as machine learning implementation.

Because Python is a scripting language, like Perl or Ruby, it does not need to be compiled before runtime. This is because a compiler runs automatically with the code. This saves time in debugging and running applications. It is not recommended for mobile app development but can excel in web app development as well as other back-end tasks like GUI implementations. Because it is an object-oriented, interpreted language, it is easy to get into and uses simple functions and variables in its code.

Like many other languages, Python has a wide range of software frameworks to choose from and assist with scaling operations. They provide a reusable software environment that can be leveraged for various tasks and applications. Frameworks contain features such as classes, functions, compilers, support programs, tool sets, libraries and APIs.

They bring these components together as part of a larger language, for effective development of particular tasks. To think of it in simple terms, a software framework is a platform for development that can be reused without programmers having to redefine functions or find these tools every time they want to create new apps.

Here is a list of the top 3 frameworks we recommend for Python development of both complex and simple web apps:

Even though Python was not necessarily designed as the go-to language for web app development, Django makes it a great solution for the task. This full-stack and high-level framework stresses simplicity, pragmatic design, and minimal coding.  Automation is the MO with code that can be reused and does not have to repeat itself too much in loops for every implementation or change. Django’s approach is referred to as “batteries included.” This is because it contains everything developers need to start building apps right off the bat: routing, forms, templates, database administration and authentication.

Django allows developers to create complex and database-based web apps. The nice thing about Django is that it has an active online community with customizable modules that can be implemented into the framework as well as a wide range of libraries to choose from.

This micro framework is very useful to develop smaller-scale web apps. Bottle allows Python developers the ability to create single source files for every application. Its origins stem from a framework geared toward API development. It allows developers to work closer to the hardware layer and has no dependencies required for web app creation. Other strengths and reasons to use it include a built-in HTTP server, access to HTTP-related metadata such as cookies and third-party template engines.

Bottle is particularly useful for companies wanting to prototype their ideas, developers learning how web frameworks are built and running simple web apps. It is not a complex solution by any means, but one that can be great to start with.

This language is great for creating web apps because it is adaptable. Simple concepts can be turned into complex apps over time. Its emphasis is modularity. It offers a great system of plugins for developers to tap into, thus allowing for different solutions for a single task. In addition, it offers flexible authentication, URL generation and single-file app support. The way it scales for both small and complex apps makes it a great framework to implement into a workflow.

Python is a language that offers scalability and automation. With its frameworks, it is incredibly flexible and should be able to spice up any company’s software and web app presence. It is not difficult to dive into, thus companies have a lot of options in terms of finding or outsourcing development for the job.

Although Python has been around for a while, it is still a very robust and relevant language today. It is worth implementing for its speed and efficiency alone and offers various frameworks and versatile libraries. Django is the chosen framework for the most robust, complex web apps. Bottle is great for prototypes and simple web apps. Meanwhile Pyramid, on the other hand, is useful for the ability to scale and leverage smaller ideas into larger and more complex solutions.