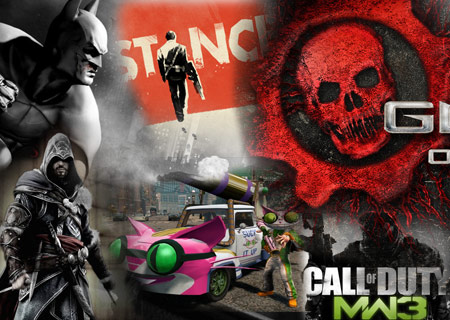 If the jaw-dropping trailers of the below listed games are anything to go by, the 10 top console games releasing this fall are sure to have you spoilt for choice. Through this countdown, it is evident that game developers see the Q4 window as the most lucrative period for doling out the stuff they’ve been working on for years. Gaming geeks out there might already have made their minds up as to which title they want to save their money for. For others, here’s a lowdown on the ridiculously awesome games that are geared up to keep your fingers utterly busy this fall.

10 – Forza Motorsport 4: The photo-realistic looks of the game easily manage to leave you in awe of them. If the latest mean-machines are what you prefer racing with, that’s exactly what this game has on offer. Talk Bugatti, talk Ferrari or talk Lamborghini, you’d be happy to know that this game kicks in all vehicles you’d want to take a whack at. And what’s more? The game’s Kinect integration lets you drive the car with your bare hands. This Xbox 360 exclusive title will be racing its way to the markets in mid-October.

9 – Dead Island: The pristine milieus of the Royal Palms Resort in Banoi have mysteriously and suddenly been hit by a zombie epidemic and survival is the only goal for the four protagonists. This game looks to re-explore the first person melee combat genre with a range of customizable weapons. ‘A paradise to die for,’ is what developer Deep Silver is calling this game which is scheduled for a September 9 release.

8 – Saints Row The Third: Events from the last game of the series have turned Third Street Saints into national superstars. But some unfortunate episodes have landed them in prison and that’s where the plot of this anticipated sandbox title takes off. Gamers will be treated with outrageous action sequences, character customizations, and access to a range of unusual vehicles. Come November 15 and gamers will get a chance to jump into Steelport city’s crime syndicate.

7 – Resistance 3: After the vastly appreciated Resistance 2, comes this PS3 exclusive that is set in 1957 US. The abhorrent-looking Chimeras are on the prowl once again and our reliable savior Joseph Capelli must leap into the middle of mayhem as he leaves his family to embark upon a horrendous journey from Oklahoma to New York City. If you happen to buy this one, don’t forget to also buy the PS Move Sharp Shooter that attempts to take you closer to the ‘first person shooter’ genre.

6 – Call of Duty Modern Warfare 3: Call of Duty is an immensely popular series of war games. Fans who have experienced all the past games sure wouldn’t want to miss this one. Immediately after the events of Modern Warfare 3, the Russian Federation continues its invasion of the United States of America. The focus also moves to England, France and Germany among other locations. November is when you can catch hold of this one. 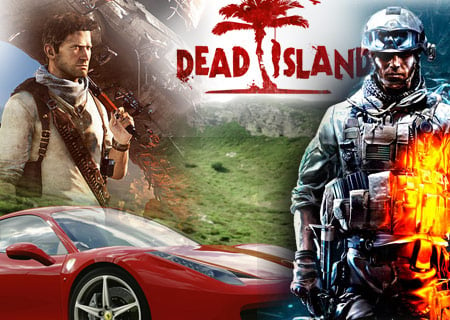 5 – Batman Arkham City: You can play as Catwoman! And if that’s not convincing enough to buy this game, you might want to recall its predecessor. Take all thrills and chills from Batman Arkham Asylum and add-in more of the same along with a pinch of a new and an expanded game universe. That’s what the number 5 game in our countdown of 10 top console games of this fall has on offer for buyers. This game is all set to join the elite gang of titles which can offer 3D support to players. Wait till October 18 if you want to lay your hands on Batman Arkham City.

4 – Assassin’s Creed Revelations: Weren’t we left spellbound by the gut wrenching action sequences from the earlier title? This new game in the Assassin’s series promises to deliver more of that. It has been confirmed to be the final game in the franchise to feature Ezio Auditore. History lovers would be pleased to know that this title takes place in Constantinople during the peak of the Ottoman Empire. It is slated to release on November 15.

3 – Battlefield 3: The game will mark a debut of EA’s Frostbite 2 engine which promises extravagant graphics if not anything. If you’ve ever got bored wielding the same weapons in your first person shooters and fancied flying top-notch jets over war prone areas, you should definitely go for this one. The use of various vehicles the USP of Battlefield games and this one looks to prove it all over again. A massive title in terms of anticipation, it will put gamers in the shoes of US Marine Corps when it releases on October 25.

2 – Gears of War 3: One of the biggest franchises in video game history has one last chapter in the trilogy for fans to dive into. The Gears series has developed its own culture and fans of these Xbox 360 exclusive games would be fervently awaiting Gears of War 3 which is also supposed to be rendered in 3D. Microsoft will be unleashing this monster of a game on September 20.

1 – Uncharted 3 Drake’s Deception: No doubts here! This game had assumed the top spot the minute we decided to create this list. The series is known for combining cinematic sequences into gameplay situations and fans would definitely be expecting more of it in this new title. Disappointing is one word which doesn’t even linger anywhere around this game. This colossal title will be up for grabs on November 1.

So there you go. Our guide of the 10 top console games releasing this fall to help you make your decisions without having to think much. We really can’t wait to get our hands on all these titles. Can you?