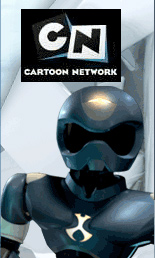 Cartoon Network India has announced yet another championship for Indian Kids – Toonami: Game on, Video Gaming Championship, which will be held this November end in Mumbai, Delhi and Hyderabad. Among the many prizes is the Xbox 360!

Besides, Cartoon Network plans to double its dose of action on Toonami, which is actually the Network’s prime time action franchise, by introducing all new action series Grandsazers, Series 7 of the Pokemon fame as well as new episodes of Transformers Cybertron.

The Toonami video game championship is an on ground extension of the new Toonami look and feel. Kids will get an opportunity to personally experience the excitement of cutting edge shows that are featured in the action block of Cartoon Network India.

Cartoon Network’s latest study, New Generations, revealed that the concept of gaming is fast gaining popularity with Indian kids and in keeping with our commitment to listen to our consumers, we have launched Toonami: Game on, Video Game championship while also giving a new look to the Toonami block during this time to make it one of the trendiest destinations on television.”

Monica Tata, Vice President, Advertising Sales and Networks, India & South Asia for Turner International India said, “We have always believed in constant innovation and creativity through self evaluation as well as our understanding of what our viewers need.

The Toonami: Game On, Video Gaming Tournament will be held in Mumbai, Delhi and Hyderabad starting from the end of November.

Besides, kids can participate in the on-air contest with exciting prizes for early bird entries on the premiere day! Kids can also win Toonami watches, loads of Pokémon goodies, Cybergiants and one Xbox 360 console every week.