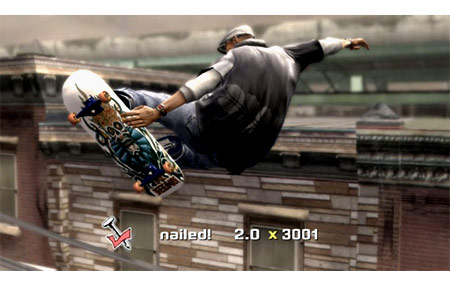 Activision has announced that ‘Tony Hawk’s Proving Ground’ game, the latest in the Tony Hawk franchisee, is at present in the development stage for all major platforms.

Tony Hawk’s Proving Ground will surround around enhancing the player’s character and will feature a complete video editor for designing ‘epic skate videos’. And the biggest and best plus point about the new game is that it will go online, and players will be able to hangout with friends in the online skate lounge.

Joel Jewett, president of developer Neversoft said, “Tony Hawk’s Proving Ground drops players into the skateboarding world like never before. This is the largest, deepest and most compelling Tony Hawk game ever. You can skate the best lines, define your own style and produce your own videos. You can even take it further by tricking out your own Skate Lounge, where you can hang out and skate with others online. Proving Ground will throw you so deep into the lifestyle of skate-boarding that you won’t be able to get out. Hands down, it’s the most exciting Tony Hawk title yet.”