The Samsung Z, the South Korean giant’s first attempt at merging its home-brewed Tizen OS into a smartphone has just been revealed to feature a gold-colored option. This variant of the device was caught in action at an event in Russia and it is expected to arrive along with the other models.

Although when they will be released is still a big question mark. Unveiled to the world back in June this year, the Samsung Z was supposed to hit markets earlier this month, but was hit by a delay owing to the fact that there weren’t enough apps available for the OS. 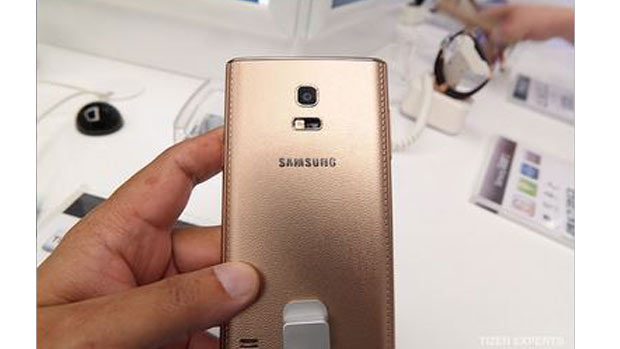 The company is positive that this issue will be solved soon, and this could mean that we’d get to see the handset hitting store shelves sometime this quarter. Coming back to the gold variant of the Z, it was caught on camera by TizenExperts at a Tizen Developer Summit in Russia.

The OS which this phone carries onboard has been developed jointly by Samsung, Intel and some other companies. It is open source in nature and is being seen as a rival to Google’s Android.

Here’s a neat look at the specs of the Samsung Z: 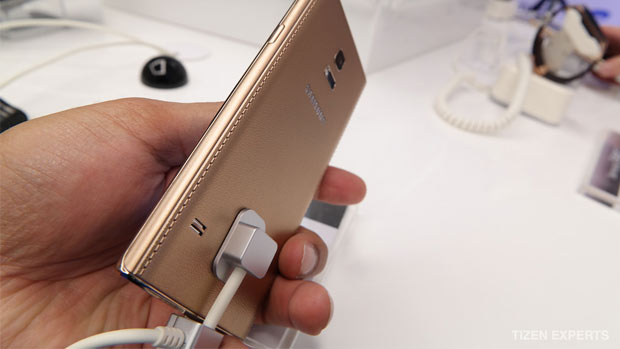 Those interested in the Samsung Z can count on us to deliver information about its price and release date whenever it’s out.