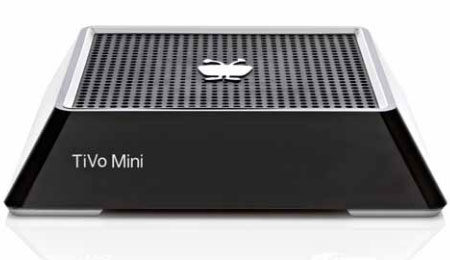 The price for the TiVo Mini has been revealed and the gadget unveiled, while it has been tagged at $99.99. But to be able to use it will require an accompanying fee which is set at $5.99 per month, with a 1-year commitment and a month-to-month payment thereafter. If paying a little every month is not the preferred option, there is also a $149.99 lifetime fee.

So what is the Mini and how does it benefit anyone? Well, it is a tiny device that can be connected to the Premier 4, the XL4 or the Elite, so that users can watch media and get their fill of content on another screen in the home. Unfortunately, it can only be setup on Ethernet or coaxial cable with MoCA, and isn’t compatible with wireless networks.

Users who have the Premier will be able to view live TV, recorded shows and web entertainment on a secondary TV screen delivered from their 4-tuner TiVo DVR. In addition, a few other services are supported. These include Hulu Plus, Spotify, YouTube and Pandora, among others. Those who purchase the device will also be able to schedule recordings and Season Pass programs. 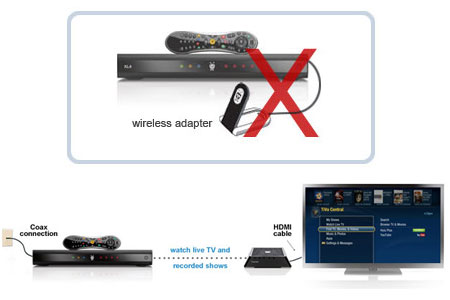 The tiny box is meant not to clutter up the area around a television screen when space might be limited. It connects to the set via HDMI cable and allows pausing, rewinding and fast-forwarding live TV as well as recordings. Users can also start watching something in one room and finish it in another. The Mini features the same easy-to-use experience as the Premier, making it easier to browse through the menus.

The one thing to note is that changing channels will be slower when watching live TV since the device will need to buffer the video before it can be played. Also, when recording live TV, capture will only begin when the ‘record’ button is pressed and will not include part of the same program prior to the record command.

Whether TiVo Mini will come with wireless compatibility in the future is not known, but for now we have a tiny steaming box for other television screens in the home making use of an existing connection. The explanation for leaving out said functionality is that when streaming TV shows and other content, a fast connection is needed, and the content might otherwise pause or skip.