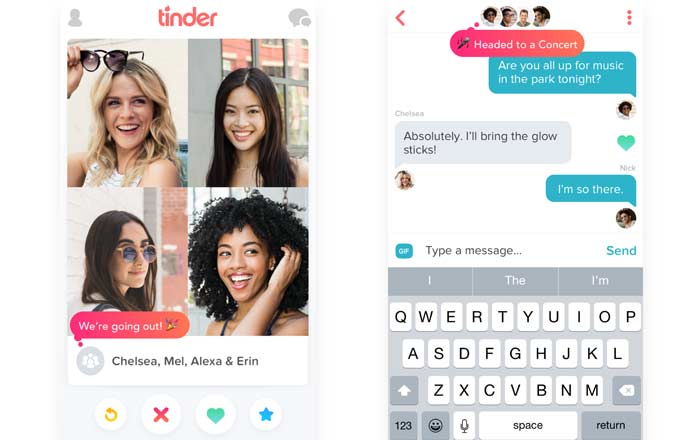 Tinder’s best known as a dating app around the world, but it looks like the company is trying to change that image by adding a new Social feature to the app. The tool had caused quite a few privacy scares during its testing phase, with people concerned about the fact that they were automatically opted-in for the platform and could see which of their friends were members of the application.

This has been done away with now. Anyone interested in joining Tinder Social will have to opt-in for it and only then can they see which of their friends are using the feature as well. The platform found its legs in Australia, where individuals were apparently looking for a better way to plan a night out with friends.

This is where Tinder Social steps in, letting users organize hangouts in real-time. Consumers can see who’s going out that night, what they’re doing, and accordingly make plans. They can make a group of up to 4 people and send their friends an invite to join. Once accepted, the members of the group can set a status broadcasting what they’re up to.

Of course, this being Tinder, the app has come with a unique idea to meet strangers who might be going to the same concert or visiting the same pubs. After a group has been formed, users can swipe up to see what other gatherings are doing that night. If one member from two separate factions swipe right, the groups get matched and can text each other to organize the meet up.

Tinder Social groups expire at noon the next day, so you won’t have any defunct groups floating around in your phone. The feature is now rolling out to users in the US, India, Australia, the UK, Canada and New Zealand. You can download the updated app via the Play Store or App Store.