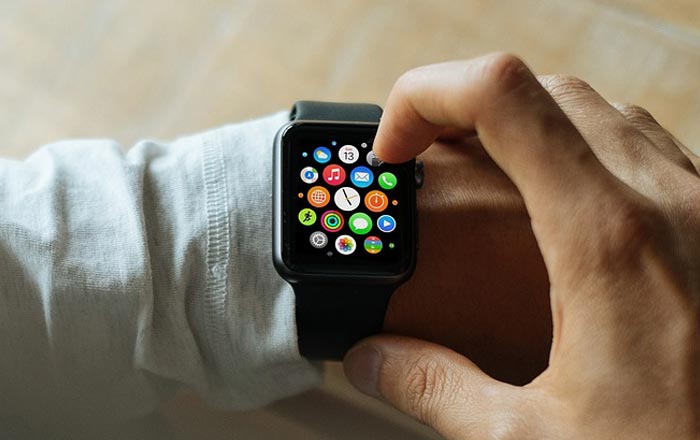 Apple CEO Tim Cook has been spotted out and about at the brand’s campus testing a prototype glucose tracker which pairs with the Apple Watch. Unlike current monitoring devices which employ tiny sensors that penetrate the skin, the tracker he was utilizing is apparently non-invasive and uses optical sensors to shine a light through skin.

This is a pretty big breakthrough if true. Several companies over the years have tried to come up with ways to track glucose levels without piercing the skin but have failed. A source told CNBC that Cook was wearing a glucose tracker on the Apple Watch, hinting at a future where the wearable would become a must-have device rather than a luxury commodity.

Having a smartwatch continuously track blood sugar levels would help people with diabetes and those at risk of getting it as well. Cook reportedly spoke at length about this during a speech to students at the University of Glasgow back in February this year, stating that he had been wearing a glucose monitor for a few weeks.

He didn’t say specifically say whether it was an Apple prototype, but this seems very likely. He explained that he’s been able to understand how his blood sugar responded to foods and make changes to keep his levels more consistent. The CEO then discussed the mental anguish that a person with diabetes goes through since they have to stick a needle on themselves several times a day.

Cook then talked about the hope that a person who arms themselves with constant knowledge of what they’re eating will adjust to healthier living well before they actually become diabetic. He even spoke about being excited for Apple’s contribution to this specific sector.

CNBC had previously come out with an in-depth report about Apple’s top-secret plans for using the Apple Watch to keep an eye on glucose levels. The firm appears to be fairly far along since it’s supposedly already moved on to conducting feasibility trials at clinical sites. A small team of biomedical engineers have apparently been hard at work on the project for the past 5 years.

Interestingly enough, 3 people familiar with the matter claim that the entire initiative originally came from the mind of late Apple co-founder Steve Jobs. We’ll have to wait and see whether the company can follow through on his vision and deliver a product that will help the millions of people suffering from diabetes.