If you want us to cut to the chase and pit Qualcomm’s Toq against Samsung’s Galaxy Gear, you can hit this link. And now, here are the nitty-gritty details of the Toq, a surprise introduction to the smartwatch war that’s been brewing for quite some time now.

Power-hungry screens have been always been the bane of OEMs everywhere. While things are slowly starting to play out differently with the availability of energy-efficient chipsets, the would-be game changers in display technology can hardly be forgotten. Qualcomm’s been trying to push Mirasol screens on us for ages.

We’re talking about a low-power panel which uses a combination of reflected light and color interference to deliver visuals. Essentially, it does not emit light but meddles about with each hue’s wavelength in order to deliver every pixel on the screen in the color the viewer is expected to see it.

This is supposed to consume less battery life, though one expected downside would be a dull paper-like display. But Qualcomm had so little support for the technology, it practically dropped the idea in July 2012 (more coverage on The Digital Reader). Now it’s back with a bang on what better candidate than the all-day wearable Toq. 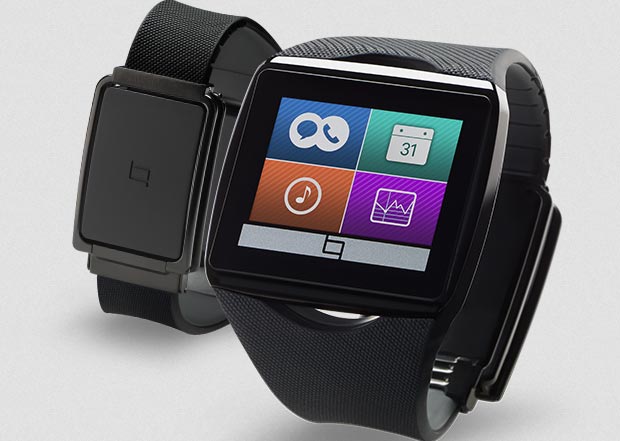 Qualcomm has yet to issue a press release revealing all of the Toq’s specs, though AnandTech has a partial list of features. A 1.5-inch 288 x 192p Mirasol screen makes for the watch face. Express Logic’s ThreadX OS powers it and devices running Android 4.0.3 or higher will be compatible.

The main unit will measure 43.3mm x 47.6mm x 9.96mm and the wrist band will be adjustable between 6 and 8.7 inches. The whole wearable is expected to be no heavier than 0.2lbs. A 200MHz ARM Cortex M3 which is not a Snapdragon one, will keep it juiced up. 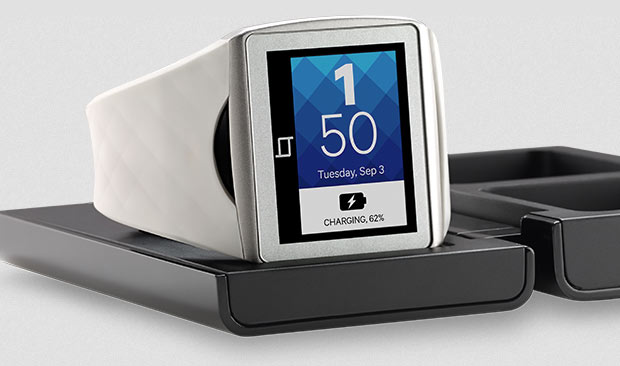 The gadget is water resistant, says the company via its Twitter account. It will allow access to text messages, caller ID and call alerts as well as call answer and initiation via Bluetooth. For the last mentioned purpose, Qualcomm will be selling a Premium Audio Edition Bluetooth headset. There’s also the WiPower LE wiressless charger on offer.

No word on a price or release date yet.