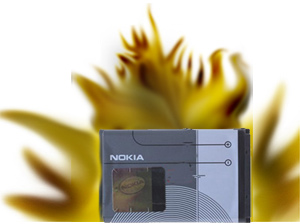 As reported earlier by us, Matsushita, the maker of Nokia’s defected batteries announced that it would be bearing the cost. Now, three more incidents of Nokia mobile phones exploding in the state of Kolkatta, India have been reported. The big question is whether the defected BL-5C batteries were to blame yet again?

One of the cases of Nokia’s mobile phones exploding concerned a pregnant woman in eastern India, who suffered burns after the battery of her phone blew up only minutes after he charged her cell phone.

30-year old Kishori Shah who is pregnant at the moment had purchased the handset with the battery in 2004. She said, “I became nervous for a few seconds when the handset blew up triggering a ball of fire. Then I ran out of the flat.”

“The injuries are not serious. She was discharged from the hospital after first aid,” said police official Ananda Sarkar.

However, police have said that the battery that exploded was from Nokia’s BL-D3 series and not the BL-5C battery that the company had recalled a month ago.

Nokia said that this woman might be compensated. However, it cannot be said for sure whether the Finnish phone maker will keep up to its word.

In the second incident that incidentally took place in Kolkatta once again, a battery that was used in a Nokia mobile phone exploded while being charged at a telecom outlet called Puja Telecom in Asansol, Kolkatta.

Although there were no causalities as such, a photocopier and electric board were damaged. Also, Ajit Prosad, the owner of the phone that exploded said that it was a Nokia 1100 handset and it has now been ruined beyond repair.

In this case, the battery belonged to the BL-5C series that Nokia issued a recall for. But, two Nokia officials who met Prosad said that it was “nothing but a fraudulent attempt to malign the company.”

A third freak incident was reported and it concerned the daughter-in-law of the Saha household in Kolkatta. After this incident all members of the Saha family have become wary of Nokia’s phone.

The victim’s mother-in-law Aarti Saha said, “We are so afraid we are still living with those mobiles any day another accident can happen but no one is coming forward for help.”

Well, Nokia seems to have done their part by issuing the free battery replacement program. It’s now only up to the consumers to check whether their battery belongs to this defected series or not. Go here http://batteryreplacement.nokia.com/batteryreplacement/en/ to find out if your battery is amongs the recalled Nokia-branded Matsushita batteries.