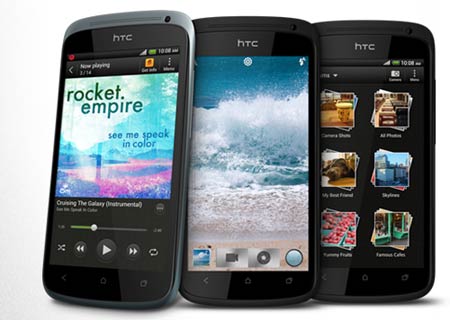 A Jelly Bean update for the HTC One S is being readied for customers on Three in the UK, something the company has confirmed via an official tweet. Users on the network will be notified when the software chunk becomes available or they can check for it manually.

The Jelly Bean update for the One S comes to the British carrier quite a while after its global release. An official support page details how users can find out whether the new version of the platform is available to them. Tapping the check now option, which can be found in the ‘Software updates’ section under the ‘About’ tab in the Settings menu, will do the job.

The Taiwanese manufacturer pushed out the upgrade for the handset in question to Europe towards the end of December last year, and some US carriers are still testing the waters with regards to sending it out over the air. The new OS came as early as July 2012 to Nexus devices, and continued with the Galaxy S3, rounding off the year servicing the likes of the Motorola Droid Razr M and the Razr Maxx HD. 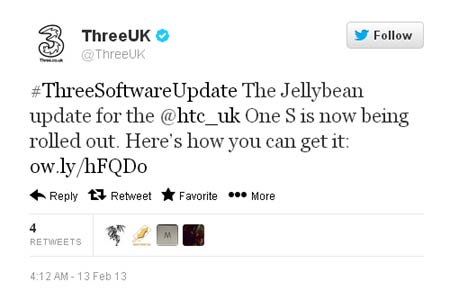 The upgrade will have all the nifty features that we’ve spoken about before. There will be the option to reply to e-mails and text messages straight from the notification menu. Users will also be able to return calls directly from said drop-down list. Improvements to the keyboard will be reflected through more intelligent actions such as predicting the next word in sentences.

And the main highlight of the new Android platform is Google Now, which provides users with pertinent information on traffic, weather and sports scores, exactly when it is needed. In addition, spoken commands can be dictated to the phone thanks to speech recognition technology, in order to search the web, compose messages and do a few other things.

Android Community has received word that the Jelly Bean update for the HTC One S on Three in the region is being delivered in a package approximately 600MB in size. So it would be wise to connect through a Wi-Fi network before initiating the upgrade, if a limited data plan might run out.