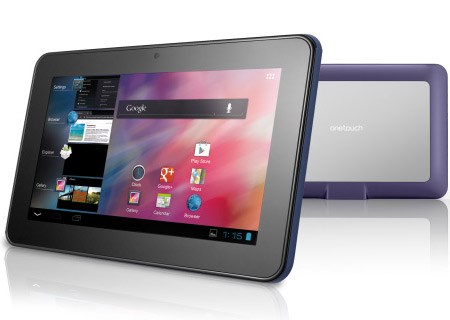 Three and Alcatel have launched the One Touch Evo 7 in UK for an upfront price amounting to £9.99. This rate will be common for both the 3G and Wi-Fi variants. The carrier states that the device has been put up for sale in its retail stores. Potential users have the option of procuring the device with a detachable 3G module and thus, the tablet can be connected to the internet whilst on the go.

The tablet is kept compact with a form factor of 191mm x 127mm x 10.8mm and it tips the scales at just below 400 grams. The touchscreen measures 7 inches wide and possesses a resolution of 1024 x 600 pixels. The front panel encompasses a 0.3MP lens that solely bears the responsibility of taking pictures as well as videos and carrying out live chats. Users can opt for interchangeable frames that come in hues of black, red and blue. 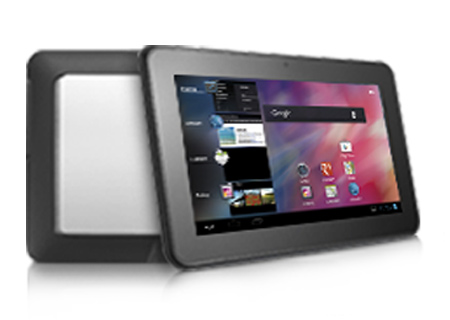 Beneath the display, the slate packs in a 1GHz ARM Cortex A8 processor to expedite tasks and has Ice Cream Sandwich as the OS. Hoarding requirements are addressed by 4GB of in-built memory and a microSD slot that supports cards up to 32GB. As for the battery, the maker has incorporated a 4160mAh power pack under the hood. 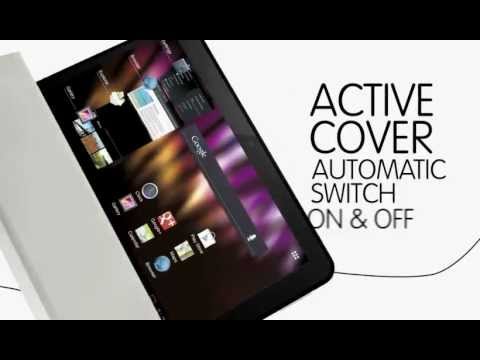 The Alcatel One Touch Evo 7 offered by Three will have buyers spending £19.99 every month for 2 years on a plan that has a data limit of 15GB. The carrier’s website showcases a smartphone-tablet bundle which will have the One Touch 903 handset trudging side-by-side with the slate. The duo is available for the aforementioned upfront sum and a monthly subscription charge of £13 on the Essential Internet 300 plan. The Ultimate Internet 1000 scheme, on the other hand, is pinned at £18 per month and provides users with unlimited data usage. Delivery date for the package is listed as April 15. 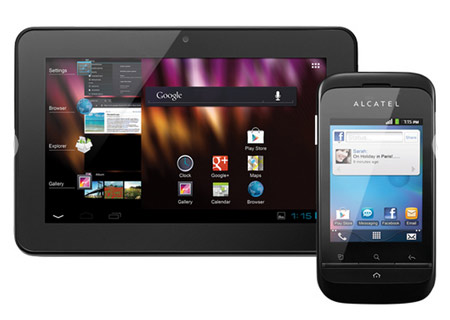 Specifications of the tablet are listed below: