Thought Google Glass was ugly? How about this animal print one?

Once upon a time there was this cool ‘wearable smartphone idea’ called Google Glass. It looked like a pair of regular geeky spectacles with a little screen placed in front of the right lens. There were stories of protests against the obviously biased design from the Right Eye Blind wing. But since there was confusion as to whether it was the popular music band’s followers or some other group that was protesting, the bad PR surrounding this news went away and Google continued with its task of extolling the uses of this wondrous contraption.

You can command the device to stand at attention by waking it up with an ‘OK Glass.’ You can click a photo of whatever you are looking at by simply saying ‘Take a picture.’ Taking a bungee leap off a cliff? You can let your friends get a first-hand view of your stunt by sharing what is happening, live. Speak to send a message, ask Google to search for information on the go, get directions to places and more, hands-free. There’s just one problem. 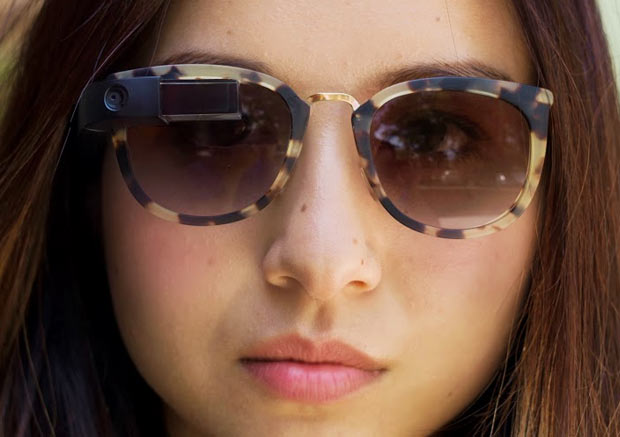 Not everyone likes how Google Glass looks.

The failed futuristic appearance of Google Glass (pictured below) may bring down its appeal as an everyday, everywhere gadget which could replace smartphones in the future. Not everyone wants to look like they’ve stepped out of a James Cameron set. But there’s hope to be had. On Isabelle Olsson’s Google Plus page is a picture of Amanda Rosenberg (currently mired in the Sergey Brin love triangle gossip) sporting a fashion-forward animal print pair of spectacles.

Olsson is a Swedish Industrial Designer who has been roped in to help with the project and we must say the new design is looking good. This is surely one of more attractive frames to follow? Fingers crossed.